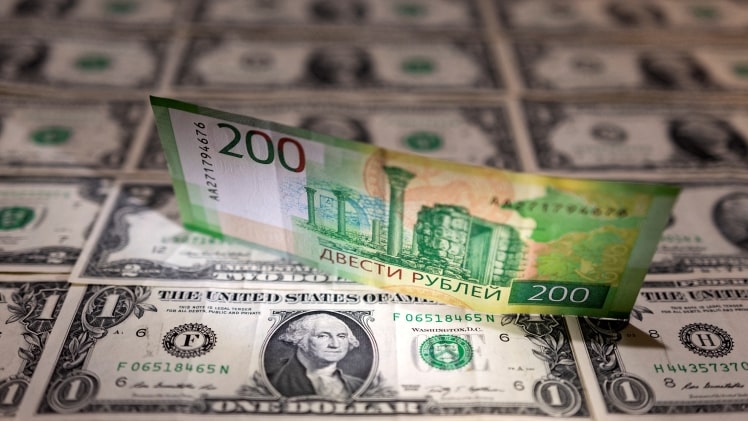 RuAssets is a new online tool launched by a Ukrainian company that specializes in providing access to government open data sets. https://ruassets.com/is intended to help authorities uncover connections between Russian and Belarusian assets and businesses. It allows them to freeze bank accounts of Russian and Belarusian politically exposed persons and seize their assets. It also searches for contacts across CIS countries and warns them if they have connections to terrorist organizations.

One of the problems with the Belarusian regime is that they are dependent on Russian markets for goods and services. As a result, the ruling elite of Belarus views the Russian budget as their only source of rents. At the same time, Russia is facing dire economic conditions. While oil revenues and accumulated reserves are keeping the country afloat, the Kremlin’s determination to fend off Western pressures is a luring prospect.

Until recently, Belarus had a small economy but was a profitable transit country between Russia and Europe. With a strategic location in the heart of Eastern Europe, the country enjoyed lucrative rent streams. It was also flanked by the Russia-skeptic Baltics and restless Ukraine. Until the bizarre Union State turned Belarus into an offshore territory for Russia, it was a major exporter of cut flowers and seafood to Russia.

During the Kremlin’s invasion of Ukraine, the Belarusian government fought hard to protect its oil refineries. As a result, Belarus has seen watershed political changes. Its two large oil refineries were under state control for nearly three decades, and Lukashenko has stubbornly resisted attempts to sell them. These assets constituted a crucial pillar of the regime and provided more than a third of the country’s budget revenues.

With the recent rise of Russian oligarchs, the international community has heightened scrutiny over their assets. President Biden recently warned that the US administration would take steps to seize their ill-gotten gains. It is possible to track the assets of the oligarchs and the companies they own by using online tools, such as RuAssets.

The site claims to have 6.5 million unique visitors a month, including professionals and hobbyists. RuAssets has a database of Russian superyachts and jets, which allows you to see where they’re sailing and who owns them.

The service’s algorithm rely-on public data from plane transponders, allowing users to track the movements of oligarchs’ jets. It is important to note that this data is not complete and should not be considered definitive. The website also doesn’t cover all aircraft in the Russian fleet.

The Russian oligarchs operate under strict secrecy and hide their assets behind offshore accounts. They are extremely adept at finding loopholes to keep their assets out of the reach of law enforcement. In addition to denying them the use of their assets, they may refuse to pay maintenance costs. If the authorities freeze the assets of the oligarchs, they can’t sell them to protect the assets. But that doesn’t mean that these oligarchs can’t keep their assets. It’s just a matter of time before their assets get frozen and they will have to pay up for the costs associated with maintaining them.

If you’re interested in finding PEPs linked to the Russian war with Ukraine, RuAssets is the place to start. The online platform allows you to screen and identify companies and individuals connected to the Russian government’s policy in Ukraine. You can also use the website to search for sanctions affecting certain countries.