Branding your company on TikTok 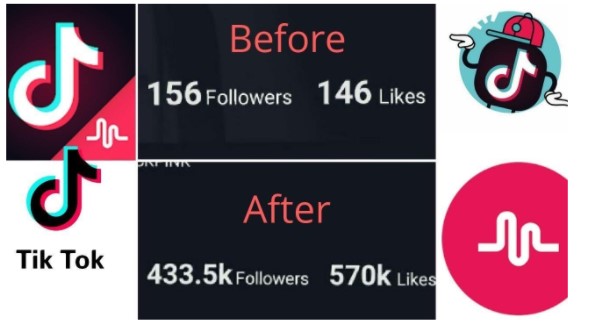 Tiktok is a social network. Facebook is out of fashion with teenagers, but with Tiktok, the number of users is increasing, especially among young people. The central element of the app is short videos shot with a mobile phone, to which the user can add music. The idea: a maximum of 15 seconds. “Make every second count” is Tiktok’s slogan. Every movement, every punch line has to be right because there is no time for explanations.

A girl bobs rhythmically to an electro beat in front of the camera. She crosses her arms, places both index fingers on the opposite nostrils, and opens her arms again. For a second it looks like the girl has rubber bones. The trick is ancient, at the level of the broken clown. But he pulls among Tiktok users. The videos of the so-called #omgchallenge have been viewed around 1.4 billion times in the past few months. But they also summarize what Tiktok is all about: music, dancing, and comedy.

TikTok: This is how much money you can make

TikTok ensures that ordinary people suddenly reach millions by posting short videos. But how much money can it make? In order to make money with TikTok, of course, it needs a certain range. However, receive more TikTok likes can grow rapidly if just a single video suddenly goes viral and becomes internationally successful within a few hours.

How much money can you make with TikTok?

In contrast to Instagram and YouTube, TikTok is known for the fact that the algorithm has significantly greater power. In addition, the reach of the individual is increased because the videos are so incredibly short. But how can you turn your own fame into money?

Get money for free through live streams

It is very easy to earn money within a live stream, especially with a larger range. Similar to Twitch, followers have the opportunity to buy the TikTok currency, with 70 coins costing about one euro. Those who host a live stream can now receive gifts with these coins. There is a selection of gifts with set prices ranging from 5 coins to 5000 coins. The equivalent of a viewer can donate a maximum of 71 euros to the Creator in one go, but not all of it arrives.

A TikTok star with over two million followers on the platform reveals to Business Insider, “On average, I earn between $ 20 and $ 50 per live stream. The inaccuracy is known, as is the obfuscation. Because when the gifts arrive at the streaming person, they are converted into another currency, diamonds. These diamonds are then converted again and then transferred to the recipient via PayPal.

Larger and smaller companies are now also presenting their brands and products on TikTok. There are different ways to get sponsorship and earn money with TikTok. Salina reports that cross-platform sponsorships often take place and that TikTok is not used alone, but Instagram and Co. According to Business Insider, TikTok even mediates some sponsorship itself, but on the other hand, it is possible to write to companies you and suggest cooperation. There are also campaigns like the “Hashtag Challenge”, in which TikTok itself becomes a donor.

It reveals that sponsorship on TikTok can bring in anywhere from $ 100 to several thousand dollars. How much money she actually earns from cooperation cannot be said exactly, as there are no rules of thumb at TikTok with regard to the number of subscribers, clicks, or likes and the sum always varies.

Make money through music on TikTok

Since the algorithm lets many TikToks go viral quickly and thus generate millions of clicks within a few hours, songs often achieve their breakthrough. Artists and record companies have this on their radar. Salina reveals that lesser-known artists have already offered her around $ 200 to include her new song in one of her videos. Big record companies like Sony Music, Universal Music or Warner Music also work regularly with TikTok icons to increase the streaming numbers of their songs.

Earn money with your own products and merchandise

With a certain reach branding your company on TikTok becomes more popular way to come on trending and it happens almost automatically in the influencer cosmos that a company approaches the influencer and asks whether they want to produce merchandise. This is also a lucrative business for the influencer and the respective company, as long as there is a fan base for TikTok.

According to the report, the standard price for a merchandise T-shirt is 18.49 euros, the influencer then earns around 3.37 euros. If a t-shirt is bought every day for a month, the influencer earns 100 euros, with five shirts per day it is 505 euros per month and with ten shirts per day, it is a total of 1011 euros. With a million following, including a fan base, it is also not uncommon for the product to be sold out on the day it is published, with thousands of shirts, sweaters, and mugs being sold within a few hours.

Affiliate links are links in the product description that often lead to sites like Amazon. Here, creators link their cameras or circular lights, for example, and then receive a commission as soon as something has been purchased via this link. Salina reported that the commission on Instagram and YouTube is between five and ten percent.

Conclusion: how much money can you make with TikTok?

Once you’ve built a broad reach, there are many different ways to make money. TikTok can bring in several hundred to thousands of euros a month; especially when the individual platforms are linked and you are asked to cooperate on your own initiative. So, according to Salina, it’s important to post multiple videos a day to increase the chances of going viral again. It has also been possible to earn a lot of money with Instagram for a long time. And even Twitter now has a new feature that turns the Twitter app into a source of money.