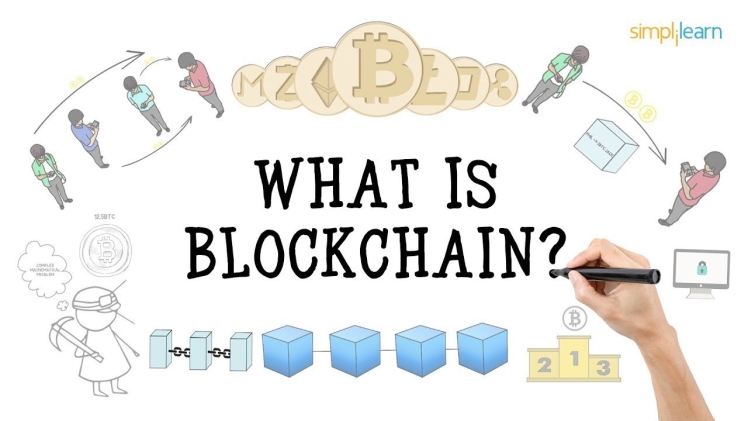 In the 21st century, blockchain technology may be the most talked-about breakthrough. Blockchains, designed initially to support bitcoin, now power dozens of cryptocurrencies, and developers seek to integrate the technology into various industries, including medical, art, and financial services. Blockchains

The technology that underpins cryptocurrency, allowing it to function as a safe means of transferring and confirming transactions and information, is blockchain technology. In this way, you can compare Blockchain to Microsoft Windows — a software platform on which various other software (such as bitcoin) is produced. Blockchain is like Microsoft Windows. Do you intend to start a new career in this field? In that case, there’s no need to look farther than the well-known blockchain bootcamp.

This article explains how and why blockchain technology is so popular.

A blockchain is a secure digital log of transactions maintained by a network of computers. The technology allows people to transact securely without a government, bank, or other third parties.

Blockchain technology offers promising implications for legal contracts, property sales, medical records, and any other industry that needs to authorize and record a series of actions or transactions.

How does the blockchain work?

By storing data in blocks and then chaining them together chronologically, Blockchain is a software application that tracks data. Bitcoin, smart contracts, and tracking information may all be built on blockchain technology, as can nearly any other digital operation that needs to be monitored.

As with any long-term receipt, a computer can keep track of every single transaction that has ever been made throughout the history of cryptocurrencies, providing irrefutable proof that money is moving from one person to another. It wasn’t until Bitcoin was published in 2009 that the benefits of blockchain technology were made widely known.

In the case of several cryptocurrencies, the capacity to write to the database is distributed among a network of computers using blockchain technology. Using the redundant power of the networked computers, this distributed ledger, as it is known, tracks the data. Whenever the networked computers have validated a transaction, it is added to the receipt or ledger on this public record.

What is it about the Blockchain that is so appealing?

Since it can be utilized in numerous applications, especially in the cryptocurrency industry, Blockchain has become a popular technology.

How can you know which blockchain tool is best for you?

Tools that include the following features should be on your shortlist:

Ethereum is a free and open-source operating system and platform for distributed computing; Quorum is an enterprise-oriented version of Ethereum; Ripple is an enterprise platform for global payments; Hyperledger Fabric, with a B2B focus; and R3 Corda, for financial services, are some of the proprietary and open-source blockchain platforms available.

Investing in the Future

Blockchain technology is still being tested and used globally, but this will not happen overnight. It won’t be soon until government currency or medical records are blockchain-based.

Meanwhile, you can invest in a blockchain-based cryptocurrency like Bitcoin. Still, it isn’t the only method to support the technology. You may also make traditional investments blockchain-ready. Examine your ETFs or mutual funds to see if any include companies developing or using blockchain technology.

Numerous digital currencies utilize blockchain technology to some degree, but the Bitcoin system is the most well-known. While it is yet unclear whether bitcoin will displace other types of traditional payment systems, the uses of blockchain technology are rapidly increasing, and proponents claim they may lead to dramatic changes across industries.

Blockchain has its critics, and you should weigh the pros and cons. The worldwide blockchain market will reach $60 billion by 2024 as demand for enhanced data security grows. A blockchain revolution is coming, unleashing human creativity and computing power. Ensure you’re in the lead.