What has changed in the housing market since the mini-budget? 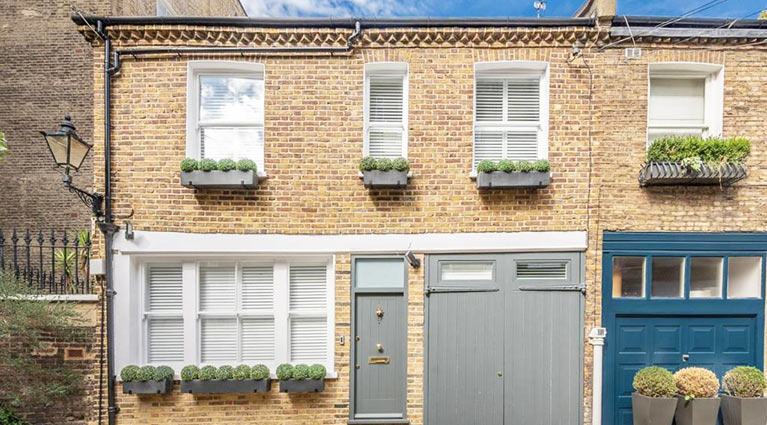 Every active home buyer or family considering a move will have read the news about mortgage availability and costs with increasing alarm. Not suddenly, but definitely in response to rising apprehension and the disruption in the mortgage sector, we have observed a decline in activity levels in the sales market. The picture for 2023 is entirely dependent on how soon inflation is brought under control and how the government plans to finance the most recent tax cuts, which the financial markets will likely learn more about in the coming months. The effect on the housing market is stronger the longer mortgage rates remain at 6% or higher.  Despite these uncertainties buying a property can still be profitable if you seek the help of experts like estate agents in Winchester.

Before the mini-budget, mortgage rates were projected to increase to 4-5% by 2022. Over the summer, this was beginning to decrease demand for homes together with rises in the cost of living. Mortgage rates, which are now hovering around the 6% level, have effectively increased by 1% as a result of the fallout from the short budget. This increase reduces the purchasing power of homebuyers who use a mortgage by 25% to 30%. Market activity has undoubtedly been hampered by widespread reports of mortgages being cancelled and rising mortgage payment costs.

Over the past two weeks, buyer demand—enquiries about properties for sale on Zoopla—has decreased by more than a fifth. Even while more uncertainty is deterring some potential buyers, homeowners continue to indicate an interest in purchasing properties. Even while it is still higher than in 2019, housing demand is currently at its lowest point since the pandemic began. All regions and nations of the United Kingdom have experienced a decline in demand, with Scotland faring the best. Additionally, there have been 15% fewer new transactions agreed upon over the past week. People who haven’t secured affordable mortgage terms or who are uneasy about the future are pulling back from the market.

However, people who have low mortgage rates that are locked in below 4% will keep looking for houses to buy. The danger is that when nationwide price declines are predicted more frequently, fewer people will actively search for homes for the remainder of this year, which would lower demand and new sales. Due to increasing borrowing rates and decreased demand, asking prices were reduced over the summer. Home asking prices have dropped significantly over the past two weeks. This is a periodic pattern as the autumn selling season gets underway, but in the past month, over 8% of the homes listed for sale saw their asking prices drop by more than 5%.

Given the decline in demand, would housing prices decline this year?

This is improbable. Surveyors may begin to lower their estimates, though, as more uncertainty and stories of failed transactions increase. In order to complete deals, some sellers may agree to price reductions, which may be transferred through buying chains and run the danger of the chain advancing. Those prospective sellers who require a specific sale price to enable their next move are likely to withdraw from the market in the near future before revising their stance in the first quarter of 2023. Before nationwide metrics of completed house price sales begin to report price reductions, we will need to witness significant downward movement in asking prices across the market.

Some appraisal or asking price measures could change more quickly. The truth is that rather than seeing many homes enter the market for sale, the remainder of 2022 will be spent finishing up the pipeline of sales and minimising fall-throughs. Starting in January 2023, we will have a much clearer picture of pricing for new business.

Are homeowners going to start having negative equity?

A significant equity cushion exists to withstand any price drops. Over the course of the epidemic, home prices have increased dramatically, with the cost of homes in Wales rising by 27% in the past two years. This demonstrates how the housing market has moved away from high loan-to-value (LTV) borrowing above 90% and toward equity-driven growth. As buyers looking to refinance, there will be a lull in activity in the winter of 2022. Less than a fifth of new buyer demand throughout an average year occurs in the final three months of the year, which is not typically a busy time for new buyer activity in the sales market.

The dynamic economic landscape necessitates flexibility and realism on the part of both sellers and customers. By assisting those who are in the middle of property purchases to complete sales, estate agents and mortgage brokers will lessen the consequences of fall-throughs and collapsing chains. It’s not a simple job. However, the desire to move forward is likely to persist for dedicated movers with affordable mortgages. We still anticipate steady demand from a smaller number of committed buyers. The Bank of England recently released data that revealed a startling 17% spike in mortgage approvals in August as purchasers tried to lock in deals before rising mortgage rates. Up to the end of 2021, there would be very few mortgaged transactions with negative equity if home values countrywide fell 15% from their current levels.