How Does Marijuana Get You High? 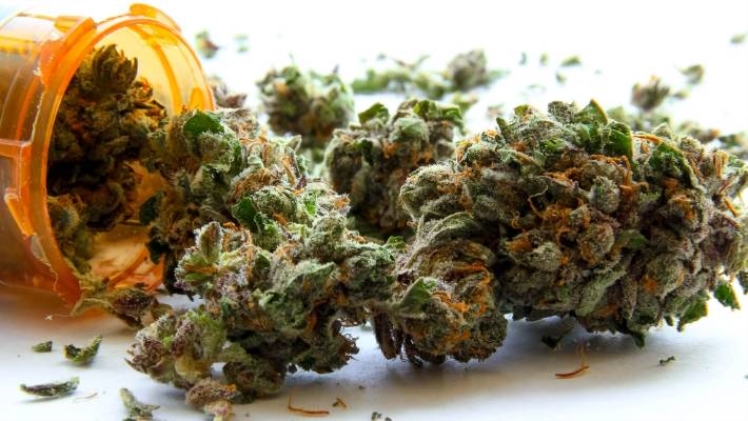 A lot of people might be wondering how marijuana can cause a person to get high. Actually, there are different effects when you smoke marijuana because certain chemicals enter into the bloodstream after being absorbed by the lungs.

A person can experience the effects almost immediately. In fact, many people experience a sense of relaxation while others a pleasant euphoria. There are also others who feel a heightened sensory perception, altered perception of time, increased appetite, and laughter.

The impact of using marijuana, however, can be delayed if consumed with food or beverages. This usually appear after thirty minutes up to one hour because the drug will pass first through the digestive system.

The chemical causing you to get high

Tetrahydrocannabinol (THC) is a psychoactive compound mainly found in cannabis that produces the high sensation. The chemical structure of THC is similar to the chemical anandamide in the brain.

The similar structure will be recognized by the body and it is responsible for the alteration of normal brain communication. Anandamide is an endogenous cannabinoid that functions as a transmitter sending chemical messages between nerve cells or neurons all over the nervous system.

These will have an impact to the brain areas influencing concentration, coordination, memory, movement, sensory, thinking, and time perception. THC will attach to the molecules called cannabinoid receptors on neurons in these areas of the brain and activate them.

Consequently, it will disrupt different mental and physical functions and cause the said effects. The neural communication network using the cannabinoid neurotransmitters, also known as endocannabinoid system, will play a major role in the normal function of the nervous system. This interference will have profound effects to the brain function.

You can get high with marijuana

The reason why a lot of people try to use marijuana is the impact that can get you high in seconds or minutes. THC can stimulate a certain part of your brain in order to respond to pleasure such as food and sex. This will unleash a chemical named dopamine that gives you a euphoric or relaxed feeling.

The ability of THC to get into your bloodstream will peak in about 30 minutes and will wear off in one to three hours. However, it may take several hours for you to recover if you eat or drink pot.

But it’s not just THC! Trichomes are also one of the main reasons marijuana has a psychoactive effect.

Impact of marijuana to your body

Not all people who smoke weed have a pleasant experience. In fact, others can get anxious, afraid, or panicked. Thus, it can increase your chances for depression or worsen any symptoms of mental disorders that a person may already have.

The use of marijuana can also cloud your judgment and senses. But the impact can vary based on things such as how potent your pot was however you took it, and how much marijuana you already used in the past.

In addition, you might grow physically dependent on weed, or you could go into withdrawal, which leaves you irritable, restless, uninterested in eating, and unable to sleep.

Other effects include the following.

Overall, the use of marijuana can possibly get you high, but not all people have the same experience. Others can get adverse effects to the body and mind.