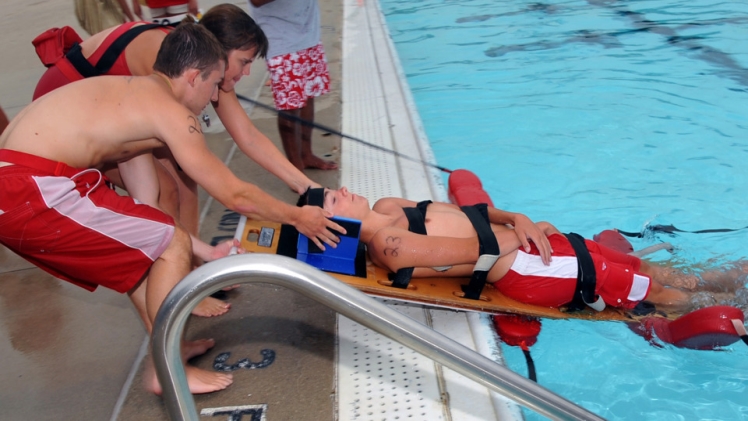 Every occupation has fun stories about them and if you say that you did not have any kind of fun experiences on the job, then either you are lying or you just have a very boring job. Well, lifeguarding is one such job that never runs out of fun, crazy and scary stories and all thanks to the people who made it possible for them to happen. Sometimes the stupidities of people around the sea or the pool even lead a lifeguard to apply for their lifeguard recertification. Let’s take a look at some of the most crazy incidents which turned out to be memorable experiences for lifeguards.

A lifeguard from a reputed beach in the States has shared his story with a condition to keep their name a secret. The story goes like this –

This one time when I was on my duty I saw two human-like things floating in the water. I confirmed that they were humans in fact by watching them with my binoculars and I rushed immediately to take them out of the water. When I reached there, I realized that they were just pretending to be dead as a part of a game they were playing and with a silly grin on my face, I left them off with a warning. They were not completely at a fault, or at least that is what I think. It is still a fun memory to revisit.

What do you think about this? Whose fault was there? Do let us know!

A popular swimming pool’s lifeguard from Australia shared her story with us and yeah, she did not want to name herself either. This is what that happened with her –

I was looking at the people who were busy doing all sorts of things people would usually do at a swimming pool, right? Everything seemed fine to me until a gentleman walked to me and said that he heard strange noises from the north facing corner of the pool, so I checked to confirm. Well, a gang was there which was covering their friends who were so deeply involved in making love to each other that they forgot that there are people around. I whistled and asked them to stop, to which they obliged. Well, that was one crazy couple I encountered that day and I did not know that I would be coming across more such couples because as far as I remember, three incidents of this kind were handled by me.

Whoa! That was a little wild, don’t you think?

There are a lot of beaches in the United States of America and we went to the one which is particularly infamous because of the kids who visit that beach along with their parents. One unfortunate lifeguard shares his experience with a kid who would have cost him his job.

I was sitting on my high chair and then there is this kid who just walks up to me and tells me that his nose is bleeding. The kid was adamant that he needed more than just first aid and told me that he wants to see my manager. So, the kid sees my manager and all this while I have no idea where his parents are, and he tells my manager that it was me who was responsible for his bleeding nose. I questioned him when exactly I did that to him? He said nothing. The manager thought I was too frightening to the kid, so he was about to take action against me and it was at this moment that the kid’s parents showed up and told the manager that he loves to prank . Can you believe it? My job was at stake just because a kid wanted to play a prank on me.

4. THAT TIME I ALMOST LOST MY JOB BECAUSE…

A lifeguard named Mark Marshall shared this crazy incident that happened with him a few years back.

It was a sunny day and there were only a few people present on the beach. Then this one person starts yelling that somebody had drowned and that too under my watch. All that bustle was enough to gain the attention of my manager and people were ready to call the cops on me. Then I asked the guy to tell me where he saw the person drown? I swimmed to the place where he pointed towards and guess what I found? A sex-robot! Somebody had dumped their defunct sex-robot in the sea and the person mistook it for a human. Crazy, right?

As fun as these stories might seem right now, it cannot be denied that some lifeguards had to face consequences for the actions of stupid people. Also, if you think that this occupation is going to be fun for you, then you must apply for lifeguard classes and become a lifeguard.