There was a lot of doom and gloom around the crypto markets as recently as three months ago. Every major cryptocurrency was in freefall, no two experts could agree about the reasons why, and holdings that had been worth millions of dollars at the start of 2021 were now worth less than $1m. It looked like a negative trend had set in, and there was no obvious way back out of it. We should have had more faith, and many of us should also have relied on our long term memories. It’s often true that nothing makes sense with cryptocurrency, but gains almost always follow losses. It’s happened again. After dipping below $30,000 at its weakest point in 2021, Bitcoin is back above $50,000.

Climbing back through the $50K barrier on 5th October represented a 5.4% gain in just one day for Bitcoin – a trend that’s been reflected across the market. Ethereum is also up significantly, jumping by 3.3% and projected to close the day with a value of just under $3,500 per coin. Most experts think this isn’t the end of the rise. Bitcoin’s upward trajectory shows no signs of slowing down and might crash through $60,000 and $70,000 before it begins to settle. If you were brave enough to hold on to your Bitcoin stock when it went through bad times earlier on in the year, it looks like you might be about to get your rewards.

With this surge in value, is this a good time to buy more Bitcoin or crypto, or to sell what you have and bank the cash? That’s impossible for us or anybody else to say. Crypto investing has always been riskier than playing online slots, and that’s why so many people shy away from it. The connection is so strong that it’s almost been turned into a literal process. There’s a crypto-themed online slots game called NFT Megaways, and some online slots websites will allow you to play it using Bitcoin. By doing so and winning, you could ironically get a better return on your digital currency than many investors have enjoyed this far this year. Be under no illusions about it – investing in crypto is as risky as any online slots bet and might always remain that way. So long as you’re comfortable with the risks as well as the rewards, feel free to spend or sell as you see fit.

Single-day spikes in Bitcoin’s value aren’t exactly unheard of, but shooting up by five per cent or more in 24 hours is rare. Many analysts have linked the spike to the enormous social media outage of October 4th, which saw every Facebook-owned platform, including Instagram and WhatsApp, go offline and stay that way for upwards of six hours. The lack of distractions made a lot of people more productive, and that includes traders. The fact that Bitcoin and crypto didn’t go down might also have reminded investors how reliable the technology behind the cryptocurrency is and why it might, therefore, make a better investment than owning Facebook shares. All of this is speculation, but you can see how an ambitious or risk-friendly investor might make that connection and act on it.

There are other factors aside from the digital realm at play here, and one of them is the US Federal Reserve. The institution recently decided (after a long delay) that stablecoins shouldn’t be banned. That’s what started Bitcoin’s rise from around the $40,000 mark, and it hasn’t stopped since. Throw in the fact that September – for reasons that nobody has ever fully understood – is a volatile month for the markets, and it’s no surprise to see bigger-than-average movements in prices and values.

If there isn’t a rush of money into Bitcoin investment in the next few weeks, it will probably be because people have learned not to trust sharp rises and are nervous about the next fall. There are many criticisms that can be levelled at cryptocurrencies, and one of them is that their value is still too sensitive to things that people say about them in the media. Nobody exemplifies this better than Elon Musk. The Tesla and SpaceX founder sent the value of Dogecoin rocketing with a single Tweet in 2020 and then brought it crashing down to Earth again by jokingly referring to it as “a scam” during a Saturday Night Live appearance. Now, he’s done the same thing again on a smaller scale. His latest pet cryptocurrency project is the Shiba Inu coin, which is named after Musk’s puppy. It’s worth less than a cent as of the time of writing but shot up 45 per cent on October 4th when Musk Tweeted about it. That’s part of an eight thousand per cent rise in the coin’s value during the past twelve months, almost all of which has been driven by nothing more than Musk and his Twitter account.

It should be noted that Musk’s Tweet didn’t even mention cryptocurrency. It was merely a picture of the dog with a nonsensical caption. Quite how and why this Tweet inspired so many people to spend money on the Shiba token is unclear, but it’s obvious from the numbers that it happened. That’s great news for anyone who already had tokens, but perhaps not so much for anyone who jumped aboard yesterday. If the value of a coin can increase by almost fifty per cent because of one unrelated Tweet, they can also nosedive because of another unrelated Tweet on any other day. This extreme volatility means it’s anything but a stable or dependable investment, and any financial advisor worth their salt would tell you the same.

Nobody knows how many potential Bitcoin or crypto investors there are in the world. Some people feel that everyone who’s willing to give it a try has already done so. Others feel that there might be millions of people sitting on the sidelines waiting for the ideal moment to join in. The answer might be somewhere between the two. News of surging prices will likely attract new investors, some of whom will get burned. Bitcoin returning to a value of over $50,000 hasn’t taught us anything new about cryptocurrency – but it does remind us that it’s likely to rebound in value after every crash. As with all things crypto, it’s all about holding your nerve. 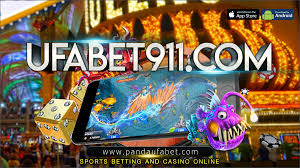 A Guide To Start Profitable Football Betting Journey With Ufabet911? 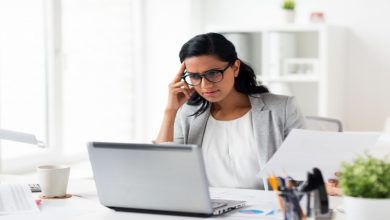 Top 3 challenges have to face through female entrepreneurs. 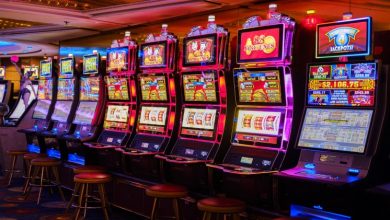 How To Choose A Trustworthy Slot Machine Online 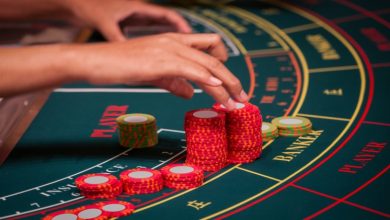 Baccarat: One of the most leading online casinos