Aconcagua Climbing – My expedition filmed in a precarious way 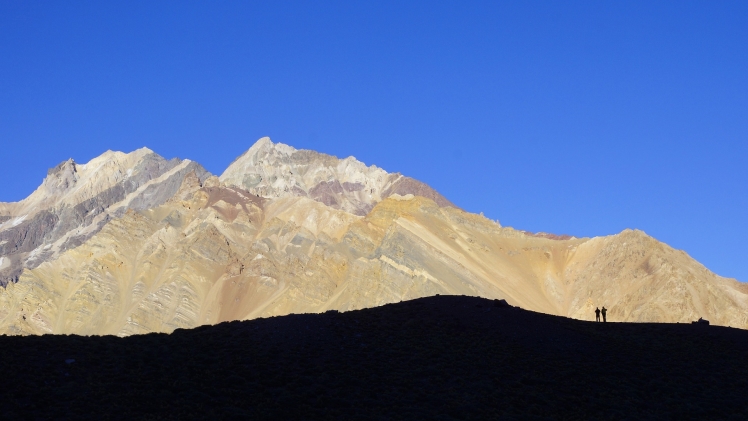 As the last part of the video trip to the Atacama gave me a little trouble – Internet annoyances-I decided to leave it for next week and bring the suitable Aconcagua treks to its place, the highest mountain in America and the Western Hemisphere. This colossal 6,962-meter-high formation in the Argentine Andes, almost on the border with Chile, is now a must-see destination for adventurers from all over the world: thousands of them appear there every year in the December-February season.

I have done Aconcagua ascents twice, 1996 and 2002. The first time, I reached 300 meters from the top and returned home with two frozen fingers. In the second, I reached the top after two attempts. In the video trip that I take next in this post, I bring you images of these two expeditions; in 1996, I had a video camera, and in 2002, only a camera. When I watch the video, I still feel a bit embarrassed. If memory does not serve me, it was produced in 2003 by a training company in São Paulo interested in motivational conferences in which it spoke of goals, dreams, planning, and daring, among other topics, in the context of my achievement of the top of the Americas. Thus, it has graphic effects, drawings, and my testimony in the form of a lecture. I think it went well, but due to a series of factors, the training company nor I committed ourselves to the project and dissemination. However, I treasure the material so that one day my grandchildren believe that their grandfather climbed Aconcagua. …

The experience in this Aconcagua guided climb was intense. I met very nice people the two times I was there,

And I also met people who soon encountered tragic fates. One of them was Othon Leonardos, who died slowly on the South Wall of Aconcagua in 1998, hanging and injured from a rope after an avalanche. In ’96, we played ping-pong at the Plaza de Mulas Shelter and laughed together. Two years later, he left but managed to say goodbye to his partner in Base Camp and make a kind of will on the radio while he was dying. Another that I also crossed was Vitor Negrete, in 2002, after he heroically climbed Parede Sul with Rodrigo Ranieri. That year, he froze some fingers in the adventure and left the Plaza de Mulas camp by helicopter. Years later, he died on Everest, descending from the top after reaching the top without supplemental oxygen. The lesson is that the mountain fascinates, but it also knows how to be relentless and kills the slightest carelessness.

Digressions aside, perhaps one day I will return to Aconcagua to feel its abundant energy. Anyone more interested in the subject of dreams of one-day meeting this true Stone Sentinel or at least planning a hike to its base. I also provide below an article I wrote for a newspaper in Ribeirão Preto in 2002 detailing the epic so soon when I came back from shipping. Good reading!