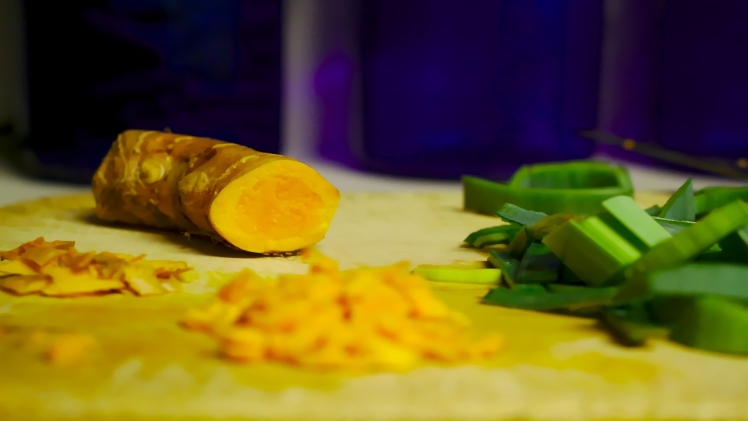 Australia is well-known for various native herbs such as native myrtle, aniseed myrtle, native ginger, etc., which are added to different Australian cuisine. Since Australia is a land of different cultures, many have shown a fondness for different spices. According to an article, a Queensland farmer harvested his first commercial turmeric crop due to the growing demand. Turmeric is a spice that is mainly grown in south-east Asian countries. This spice is widely known for its medicinal benefits. You can find turmeric in Australia in different forms, such as powder or capsule. You can consume the powder form by adding it to the milk or making a golden turmeric latte. Due to its many health benefits, turmeric has won over many Australians. As per an article, new evidence from an Australian study states that turmeric promotes pain relief in osteoarthritis patients. Read on and learn about the health benefits of turmeric.

1. It contains bioactive compounds that have protective properties: Generally, colourful plants are considered a boon for your health due to the plant pigments. Since turmeric is a yellow-coloured spice, it is no exception. There is a prime component in the spice called curcumin that makes up about 3 per cent of the root. This spice has gained popularity because it contains bio-active compounds in which curcumin is one of them. With the help of these protective compounds, your body can combat the damaging effect of a process called oxidation. In the impending years, this process can result in chronic inflammation and different age-related conditions, including type-2 diabetes, cancer and heart disease. Adding turmeric to your diet can assist your body to cope with inflammation, ageing and muscle soreness.

2. It supports cognitive function: Turmeric contains another active component called turmerone. Although it is a lesser-known component, it has proved to be effective. According to studies, turmerone supports trigger cell repair and promotes recovery of brain function, which is useful in treating conditions like Alzheimer’s disease and stroke.

3. It supports the immune system: According to studies, curcumin helps influence vital immune cells, including Natural Killer cells, B cells and T cells. It acts as an immune modulator. Additionally, it stops the inflammatory damage in the body by down-regulating cytokines. When you ingest turmeric at low doses, curcumin fights infection by enhancing the antibody responses. Moreover, animal studies have proved that it plays an essential role in controlling hay fever and other allergies.

4. It lowers the risk of cardiovascular disease: According to studies, curcumin’s antioxidant and anti-inflammatory effects helps in protecting against the development of health diseases and promotes the improvement of cholesterol levels.

5. It aids in digestion: Turmeric helps manage digestive problems. The main components of this spice make your digestive system more efficient by stimulating the gallbladder that produces biles. It also reduces other symptoms such as gas and bloating.

6. It helps ease arthritis: As mentioned earlier, curcumin is beneficial as it helps better regulate the inflammation in the body. According to studies, when you compare the anti-inflammatory properties of turmeric against non-steroidal anti-inflammatory drugs (NSAIDs), turmeric has shown great promise. Although more well-designed clinical trials must be conducted to determine the effectiveness of curcumin, it continues to be efficacious among many patients with arthritis.

7. It helps to detox the liver: Turmeric helps in increasing the production of essential enzymes. These enzymes break down and reduce the toxins to detoxify the blood in the liver. It also improves blood circulation. Hence, it is instrumental in promoting good liver health.

You can easily purchase turmeric in Australia in the form of powder, capsules, etc. For certain, it will be beneficial for your aggravating health. You can ensure that consuming it possesses no health risk.