Adaptability is one of those virtues that has been sought out as well as applauded by employers and individuals alike for as long as we can remember. Being adaptable meant that the person in question would be willing to go with the flow no matter how the tide changed. And that is exactly what came to the rescue of most companies around the globe when the COVID-19 pandemic hit.

This was the real test for all those who claimed that being adaptable was an inherent skill they had because this was the time when changes occurred in abundance. From office cubicles to work from home, conference rooms to video calls, the work culture did a 180 in many small functions of the job role.

However, many questioned why adaptation was all that necessary? After all, these changes weren’t supposed to be for a longer time — right?

Yes, it stands true for several organizations that these major transformations they went through during the past year and a half are just prevalent till the pandemic ends. However, for several others, these developments proved to be a blessing in disguise.

These modifications changed the way their entire work culture was defined and even saved them a ton of money that they usually spent on fixed charges like infrastructural maintenance, utility bills, stationery items, and whatnot.

This made adapting to the new work environment and systems more of a necessity than ever before.

After all, no company wants to stay rooted in a single place while all their rivals and competitors rush ahead with the world and its advancements. And saying no to adaptation can be a surefire way of slipping into that stagnation.

Development of any kind happens only when you are ready to take a chance on the new and innovative while accepting the shortcomings of the old. So the quicker you adjust to the changes, the better it would be for your company’s long-term growth.

How To Increase Team’s Adaptability?

No organization runs on the working of individual employees but rather on the tasks they accomplish as a team. This essentially means that you do not need to focus on just one worker’s adaptability. You need to ensure that the entire team is on board with the changes and is on the same page about its impact on their style of work as well as results.

Some simple yet proven ways of enhancing this flexibility include the following.

Although teams who have worked together for some time previously often succumb to harmful behavior like group thinking; it is important that each member is entitled to put forward his or her own opinion about a particular issue. That is because people coming from different races, ethnicities, genders, and socio-economic backgrounds are bound to have varying personalities, and hence, distinguishing perspectives about the same thing.

By encouraging them all to give their input about a task or a decision, you are not only opening yourself up for a stream of great ideas but also allow for them to forego hesitation and speak freely without the fear of judgment. This also further enhances acceptance and cooperation in the team.

Decision-making by no means is an easy feat and we understand that. But it’s important to recognize the need for delegation of this process. More often than not it’s the higher-ups who end up making a decision that affects the whole company and all its employees, but even they need a consultation at an hour like this where changes are continually rolling in. That is because they might be unaware of the ground realities the middle and lower-level personnel are facing.

Therefore, this process must be distributed among workers at each level so that decisions are taken in a more democratic way to ensure the pros and cons of it for everyone are considered alongside.

In circumstances such as the current pandemic, people are constantly afraid of losing their jobs which has taken a high toll on the morale of the workforce as well. Thus, it might help if you explain to all employees that although they are at no or very low risk of being fired, they might have to maintain fluidity in their work.

This means that they may have to work on tasks that lie outside of their job profile and that the organization would appreciate the same as hiring new personnel may not be feasible at the moment. Also, for many companies, the volume of work has drastically reduced. This also gives the workers a chance to learn and do more instead of being left idle.

Although psychological welfare and management-based ideas have been deeply impactful in helping the global workforce deal with the majority of changes, technological advancements have not been any less supportive. After all, without the right tech available at the right time, shifting the working of big and small organizations from office premises to individual homes would not have been possible. From Zoom calls to innovative software like Whatfix’s digital adoption platform for enterprises, the variety of communication and change management tools are now the frontrunners leading the masses towards a newer and better workspace.

The adoption of these technologies has been successfully noted around the world and if you are someone who hasn’t yet embraced these innovations, we urge you to do so today, for that might make your life a lot easier.

As we discussed above, cooperation is quintessential for any team to work in tandem with each other, especially when doing so remotely. Equally important is the collaboration of efforts on the same task by the entire team. A single individual might not possess all the skills necessary to complete a job to perfection, but by cooperating each member must be and working together, an amalgamation of varied skillsets can lead you towards excellence.

There are several software and tools available in the market that can lend you a hand with this collaboration process, like Slack, Google Docs, and so on.

Changes are a part and parcel of life and there is nothing that you can do to stop them from happening. But what you can do is develop your team’s and your entire workforce’s virtue of adaptability. The list we curated and shared here is especially for you and we hope it helps you

Have a good day! 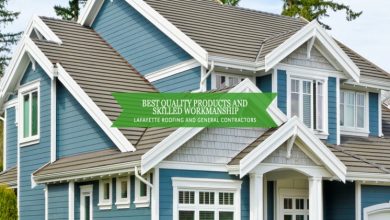 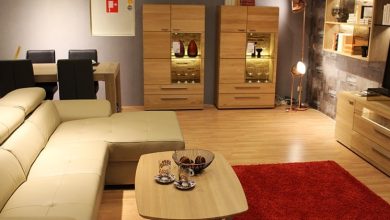 Top Reasons Why You Should Rent Furniture 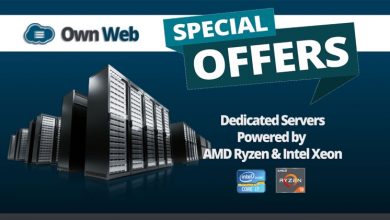 Any Important Factors to Consider When Selecting UK Dedicated Servers 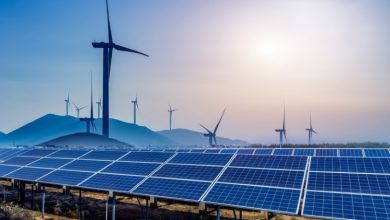 A Wind Blow That Will Transform The Global Energy Sector