5 Things You Need to Know About Security X-Ray Machine 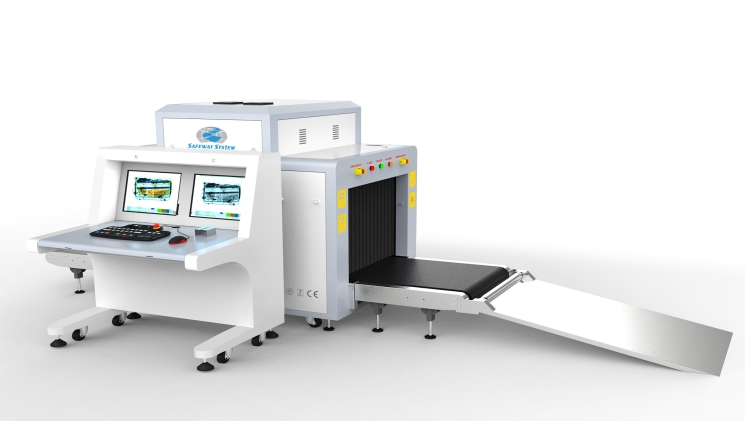 Have you ever passed a security X-ray machine at the airport and wondered how they see through your baggage or clothing?

For every traveler’s safety, different types of screening machines are deployed at the airport. The purpose?  To scan several items ranging from the most miniature carry-on bags to the weightiest baggage for illegal items prohibited for air travel. What facilitates the optimal functioning of these security scanners are technologies designed to see beyond what the physical eyes can see and safeguard human lives from dangers and mishaps.

This article answers five critical questions that can help you understand the workings of this security equipment and how safe they are for human health.

If you are ready, then let’s begin.

1. The scanning technology is based on X-rays.

The primary function of a security X-ray machine is to see through stuff. However, this is only achievable because these machines are equipped with X-ray-based technologies that can penetrate things like bags and luggage to a substantial level. Essentially, the X-rays emitted by the machine come from a unique tube called an X-ray tube with a lead lining. But then, this lead lining has a narrow gap that directs and guides the X-rays into the tunnel.

A conveyor belt makes this inspection process easier by transporting each luggage through the X-ray beam. A detector on the reverse side of the tunnel measures the amount of radiation that has Infiltrated the scanned object. Visit Here: 24hoursnews

For thick items or objects such as lead, they soak up a great deal of radiation which disallows the X-rays’ progression.

2. They are no harm to people or baggage.

Security scanners’ radiation is not damaging to baggage and people.

When an object or luggage is scanned, it’s subjected to a radiation quantity of approximately one microsievert.  This amount of radiation can be equated to the measure of dose of cosmic background radiation you’re exposed to during a one-hour flight at ten kilometers above sea level. Consequently, it is about ten times smaller than the dose a dental X-ray exposes you to.

The length of the tunnel in the machine is lined with lead, so essentially, no radiation escapes it. Likewise, X-rays don’t impair scanned items and objects.

3. Different materials are shown in different colors on the screen.

Before technological advancements in security inspection, inspectors viewed X-ray images in black and white. But today, different components are displayed or viewed in differing colors in the image the computer attached to the scanner generates.

Organic matter like wood, water, plastic, and textiles, are displayed in orange color. Also, inorganic matter, like metals, is depicted as blue.

The thicker the material or the layer on the X-rays’ conveyor belt, the darker the object appears on the displaying computer screen. Materials that are very thick for the radiation to run through show up black on the screen.

Safety in public places is an enormous task. So, scanners at airports and train stations examine passengers and their personal effects for harmful tools like weapons, chemicals, and contraband liquids. But then, screening equipment like metal detectors, baggage screening machines, full-body scanners, and cabinet x-ray machines possesses different screening objectives and technologies to keep you safe.

But the cabinet’s thick walls and the lead curtains at both ends of the cabinet’s tunnel prevent the radiation from escaping. These machines are required to attain specific standards on radiation allowed to escape the inspection cabinet. They must have locks and warning lights and labels for safety precautions.

s can hide under their clothing.

5. They’re not just for airports.

After the 911 plane hijack incidence, the security at airports worldwide and especially in the US has been significantly beefed-up. However, security X-ray machines are not just used at the airport.

When proper and adequate security inspection parameters are deployed, the risk of a repeat of a 911 is immensely evaded.

What do all these mean? It all means that X-ray security machines are very effective at keeping lives and properties safe in public places like airports. Also, they are not harmful to human health. The reason is X-ray security machines emit little radiation, which is not hazardous to human health or travel bags and their packed items. But then, certain precautions have been put in place, including emergency stop buttons and heavy leaded curtains to stop the escape of radiation from the machine and to save lives. Therefore, it is vital to ensure the proper working of these safety devices.