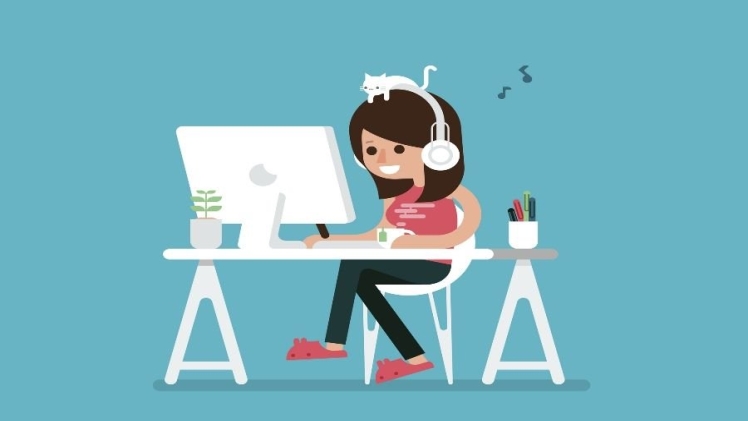 More and more top software developers are choosing to freelance over finding a “real” job. Find out why in this post.

The freelance software development industry is booming and being a freelancer may be one of the best decisions you have ever made. However, not many people understand why top programmers become and continue to be freelance. So let’s explore the reasons below:

According to this report, working remotely can increase productivity in employees. This is because of the lack of distractions and interruptions that are common when working from a traditional office setting like meetings, chit chat with co-workers, or even social media usage.

People who freelance have all the power over their destiny – they can pick what projects they want to work on next, how much time each job will take them (which affects salary), how often they receive payment for their services, etc. They’re not limited by an hourly wage as many people assume freelancers are paid according to project cost instead which means you make money every hour you put into your task instead of only during 40 scheduled hours per week at some companies.

Freelancing offers variety in the tasks

Some days, you’ll work with a company to develop an app, other days you may do training for another organization or offer advice at a meetup event. This variation keeps your mind fresh and excited about what type of job will come next.

For many top software freelancers, the allure  of having a more flexible schedule than those of an employee in a typical workplace setting was irresistible. This means they can schedule their tasks to suit their lifestyles. And if for instance, there is something important going on at home, they can take the time off to care for them and not worry about being reprimanded.

The pay is great also

Even if you work in a software development company as a freelancer, your salary will likely be higher than that of an employee at another organization because companies are paying for the productivity level they’ll get from you instead of the typical 40 hours per week.

Software developers are often among the top paid professionals because of their worth but it doesn’t mean you’re going to make a lot of money. A freelancer can set their own hours and work the way they want to when they have no boss telling them what to do, which often means more projects done in less time equates to higher paychecks.

The amount spent on commuting , clothing, and other expenses that come with being an employee are no longer a part of your business costs. The day of a typical freelancer is likely spent in an office workspace or meeting remote clients so the only costs incurred are those for your computer, internet and other equipment. For customers and businesses, this presents a huge advantage – in the sense that the business no longer needs to pay for your transportation and other expenses related to you being an employee and by working with a freelancer they also get to save more.

Many freelancers work as a team of programmers that collaborate on the same project rather than an individual doing everything and they’re able to take these jobs from companies like Google, Facebook, Amazon, and many others because they don’t have any long term commitments with them.

Freelancing software developers can work for a company from anywhere in the world. This is another perk to being freelance because you have more opportunities because they are less restricted by geography – this means you can make money anywhere around the world without being tied down by location!

For many software developers, they didn’t become sought after by refusing to learn and improve on their skillset. Rather they are avid learners and freelancing offers the enabling environment.

For example, they can enroll in a course or develop their skills through independent study which would have been problematic if they had a boss and had to seek permission.

Additionally,  freelancers can take on the more complex assignments that would be too time-consuming in a traditional work environment.

A freelance software developer is much less likely to be tied down with long term commitments to a company that might not be the best fit. They are free to seek new opportunities, and find more challenging work with other companies that will allow them to grow their skillset.

Freelancing offers software developers an opportunity for growth in their skill set and professional networks as they expand into different areas of expertise in order to stay current on the latest trends in the industry.

Commuting and long workweeks can take a serious toll on your health. The average commute is more than 25 minutes, and the American Psychological Association has found that commuting can lead to stress, obesity and depression. Freelancers don’t have this problem as they work at home!

Less commute time means less time sitting in traffic and getting stressed out. Freelancers also have the opportunity to work from anywhere they want as long as there is a computer or mobile device available.

Freelancers have the opportunity to work in a more relaxed environment and take breaks when they need them. They don’t have to worry about disrupting the workflow of their team or being reprimanded for taking too many breaks.

Freelancers have more control over how they structure their work day. They can take a break, go for a walk or eat lunch whenever they want as long as it doesn’t interfere with the project they’re working on.

A freelance software developer in the right frame of mind is a happy talent and this is a huge benefit for those they’re working for because they can complete projects more quickly, more creatively, and with more energy.

Less stress and more control over your work life equals a happier developer that is less likely to burn out or leave the field altogether.

Many individuals are becoming more eco-conscious and thereby doing what they can do to contribute to protecting the planet. When you work as a freelancer, you don’t have to be concerned about the environmental impact of your job. This is because when it’s your job to work from home or at an event, you aren’t driving your car to get there like a typical office-based employee. This means your carbon footprint will be much less and you won’t contribute as much to air pollution or traffic.

Working as a freelancer means that you have the freedom to travel and live wherever you want. This is because it’s typically not necessary for software developers to work in a specific location. In fact, many freelancers do their best creative work on the road or from another country.

Freelancers will often take advantage of this freedom to travel and visit new places. They can also live in a location that has lower taxes or is more affordable.

There is no gain saying that office politics can be frustrating and downright evil at times. Many top software developers would rather be on their own than navigate the dangerous waters of today’s workplace politics. They don’t have to worry about someone else – what others are doing or when their shift is over. Also, they’ll never have to worry about office gossip, corporate culture, or any of the other downsides that come with working in an environment full of people every day.

What does this mean for employers?

Freelance software developers are becoming increasingly valuable to corporations because they offer them flexibility, cheaper rates than hiring full time employees, and less risk due to lack of long term commitments or having an employee who doesn’t do their job correctly get paid anyways. This is why many companies now hire freelance programmers alongside with permanent positions in order to meet all needs that come up.