Why Animation is important in Multimedia Application? 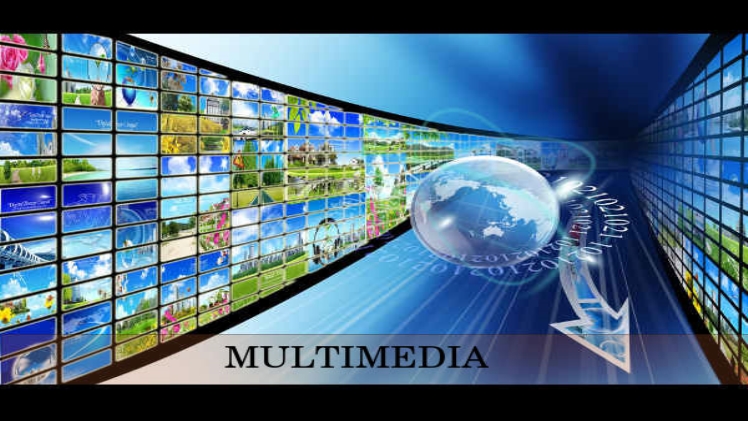 To understand their relationship with each other, first, we need to understand Multimedia Applications, that what we mean by them, how they work and how are we benefiting from them in today’s world.

What is a Multimedia Application?

Multimedia, as the name indicates, is using more than one medium of expression or way of communication. The true meaning of multimedia application is the use of a computer in such a way that presents something combining text, graphics, audio, and video along with the links and tools that make the user able enough to navigate, interact, create and communicate. By this we get to know the five elements of multimedia which are, image, audio, video, text, and animation. If any of these elements is missing, then it cannot be called multimedia.

Why should multimedia be used?

There are many pros of multimedia applications, a few are discussed down here.

Multimedia applications give a diverse range of uses to their users, when you combine four components essential to multimedia applications you get an eminent end result. First and foremost, you must have a computer to coordinate and interact with. Secondly, you must have the required links that connect the information pooling text, audio, video, and graphics with those links and tools that make the user able to interact, create, navigate and communicate. The third thing you must have navigation tools with which you traverse the website of connected information. And lastly, all you have to do is to communicate your information and ideas.

As this is a vast land of multimedia applications, so it brings out the creativity of the users and they can experiment with their learned knowledge and create multiple projects out of it. Creativity enhancement is the thing that has made us able enough to bring out new ideas of making human life easy in different walks of life, and this all has happened due to the multimedia applications we have created.

This sector is the most important part of our lives, all that we have now is due to our education, whatever we have learned in life has made us able to make these creations and applications. Now when we combined Multimedia applications with the education system we get great results in interactive learning.

Our entertainment sector has boomed due to the usage of multimedia applications; it has given new life to the entertainment world. Our gaming sector has developed and is still gaining strength by leaps and bounds with every passing day.

When we create things or innovate, we want them to be known and used by other users as well. For that, we have to market that. Anything created has one aim, to be sold. This sales and marketing have gone to the next level just because of the multimedia applications developed by us. In this internet era, marketing has become lot easier than before times.

We have discussed a few fields here but the fact is that now as we are talking about multimedia, we are enjoying its advantages in every field of life.

Animation is a part of multimedia. Multimedia is a combination of texts, animation, videos, and graphic arts. As we have mastered the creation of new multimedia applications, this has given a path to the development of animation techniques as well. Everything starts from a particle, when animation started it was a task of great effort and was time-consuming and needed perfection to detail as well.

Let us have a look at the journey of animation how it had grown with the help of multimedia applications.

Animation techniques have the following types which have evolved step by step and all of them are in use now.

2D animation is the type of animation which has evolved from the traditional animation style of drawing by hand and converted that difficult task in to an easier one, to be done digitally, by computers now. 2D animation studios make 2D animations by making their characters, objects, and backgrounds and then making them move in a two-dimensional environment.

The 3D animation is also known as Computer Generated Imagery short form CGI. This is the concept of making an object move in a 3D space the same as the movement happens in the real world. The animators can make the 2D images move as 3D images as well, by animating them. This is the power of multimedia that has made the arduous work of creating hand-drawn animation into digital drawings.

This is the form of animation where Motion graphics designers, also known as motion designers, create artwork for the websites, television industry, or film industry by using visual effects, animation, and other cinematic animation techniques to bring their creations to life. This way they create design graphics that are in motion.

Stop-Motion animation is done by making 3 dimensional models and filming them for making animations. Multiple materials can be used in the creation of the models that include plasticine, clay, or wire. You can simply use anything that you can bend or give the desired shape. The hand-made puppets are then positioned as desired and filmed before being slightly moved again to be filmed again. Then these shots are put together and created as a piece of film which will give the viewer an impression of the moving models.

Human characters can also be created from clay as well and then these sets and furnishings are modeled using the same design systems as used in an architect’s drawings. Finally, these models are scanned with the help of the scanners into the computer as wire-frame models. This will gradually be built up into a colored and textured film.

Download movies from openload becomes trend. Also you can use skymovies as alternative.

All we can say after this detailed discussion about the multimedia individually and then animation with multimedia that animation and multimedia go hand in hand in making marvelous creations.

Clicking this site katmovie you can download international films.