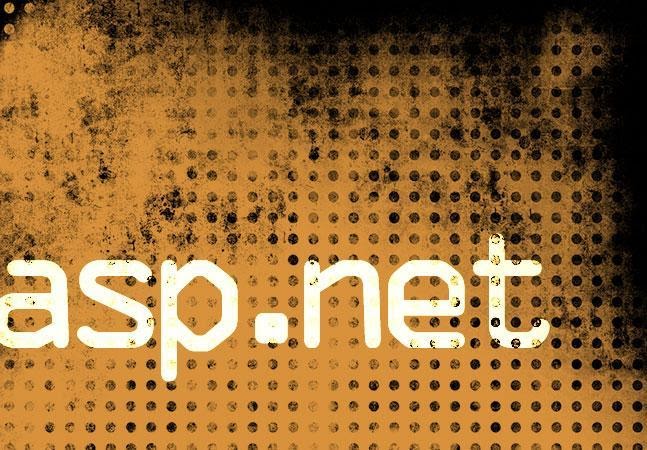 ASP is one of the widely used open-source web applications which is designed for developing such a website that includes dynamic web pages. It was initially released in 2002 by Microsoft with version 1.0. It supports web programmers to build dynamic websites, some kinds of applications, and services.

It completely helps in developing a full-featured programming language for example VB.NET or C# to build web applications more easily and simply.

ASP.NET works as per the protocol of HTTP, hence it uses HTTP policies and its command to establish a bilateral communication between browser and server. The codes compiled and written using the reusable components in the .NET framework are ASP.NET applications. It can be written in any of the following languages:

ASP.NET supports producing data-based and very interactive web applications over the internet which have a huge number of labels, buttons, and text boxes for configuring and manipulating the code to create the respective HTML pages.

There are many companies providing MVC.Net Development Services across the world and they are adding and maintaining the components to the existing websites developed as per ASP. Despite being comfortable in working with the classic ASP application, still there are multiple reasons and related benefits which convince us to upgrade to ASP.NET and that too especially on ASP.NET MVC. This switch can be best explained as moving from Black and White television to 3D HD Television.

WHAT IS ASP.NET MVC?

It is the most updated form of classic ASP. It is a framework of web development by Microsoft which merges the features and its benefits of MVC (Model-View-Controller). It is one of the best versions of the ASP.NET platform.

-ASP.NET MVC was launched in 2007, the time during which MVC pattern was becoming popular for building the web framework. The source code of ASP.NET was launched under Microsoft Public License in around April 2009. ASP.NET MVC is one of the lightweight frameworks to build web applications. Also, it is such a framework that is a highly testable presentation and is integrated with the existing features of ASP.NET.

-ASP.NET MVC came into existence when Microsoft decided to build its web application on the MVC framework. And when the web app is built on MVC then there are no such things as a page load or no page life cycle etc.

-The MVC framework has in-built controllers which can always be changed by putting in your custom logic to handle different tasks.

-It provides complete control over the specified HTML and contributes to the neat and clean separation of all the concerns.

-Test-Driven Developments get much better support from ASP.NET MVC than others.

-When the HTML is under direct control it refers to easy accessibility for implementing any of the compliance and that too as per the Web standards.

-Here the application is divided into different categories of Model, View, and controller, and thus it becomes easy to manage the same.

-The existing applications are provided with more interactivity and also the apps become more responsive to the queries.

-It is a boon for the web developers who develop such web applications which are supported by a large number of developers.

-Also, it is an apt framework for the designers who need better control over the behavior and responsiveness of the applications.

-Easiness to configure and ease of deployment.

-Tracing and debugging gets easier.

-During the transition period, the old codes can run parallely with the new code.

-It is also compatible with the number of languages thus used preferably by most people.

-The process of ASP.NET MVC routing refers to the system of matching the pattern which is designated to check for the requests coming from the browser to certain specified controller actions.

-Once the ASP.NET MVC is launched, the application registers different patterns with the framework’s route to guide the routing engine on what to do with the requests.

-But in the classic ASP, there is nothing outside the box which controls or supports the routing process. MVC allows a different number of forms on a single page but Classic ASP does not allow the same.

-The venture of MVC with the Visual studio helps the developers to take control of many of the things like improvising the things with their codes like unit testing or executing various practices, respectively.

-One of the tempting features to use ASP.NET MVC is the Views. Views are the folder that consists of all the files in the ASP.NET MVC application. It depends upon the controller that he wants to furnish one or more views.

-In MVC, under the Views folder, this framework requires a separate sub-folder for every controller. The View can be easily created by right-clicking inside an Action method and then select- Add View which will open a new dialog box. The Views seem to be mess-free and very clear.

-On the other hand, the ASP page consists of several business rationale codes, and everything is packed in huge.ASP pages that are not at all clear.

c)Data Access in ASP and different models in MVC

-There are different ways of managing the information in MVC through different models like – LINQ to SQL. The models refer to the classes that one can use while working with the data. Each model has its features and corresponds to the tabular columns.

-Go to the Models folder and right-click upon it, then select Add & New Item. Now, select Data in the left pane, and from the center, pane selects the file named ContosoModel. In short, here the developer has full control over the data, and they can create the layer of access to the data.

The above points conclude that the MVC model of ASP is much better than the classic ASP. It provides a platform to create a clearer, isolated code. The new.ASP with MVC provides full flexibility and control to the developers over the coding they do for building the primary user interface. MVC Dotnet Development provides the developer complete control over the UI for different web pages and thus it can be reformed as per the requirement of the business. SO, one should migrate to ASP.NET MVC services to get the best results.