Traffic Violation While Driving Someone Else’s Car: What Happens Next? 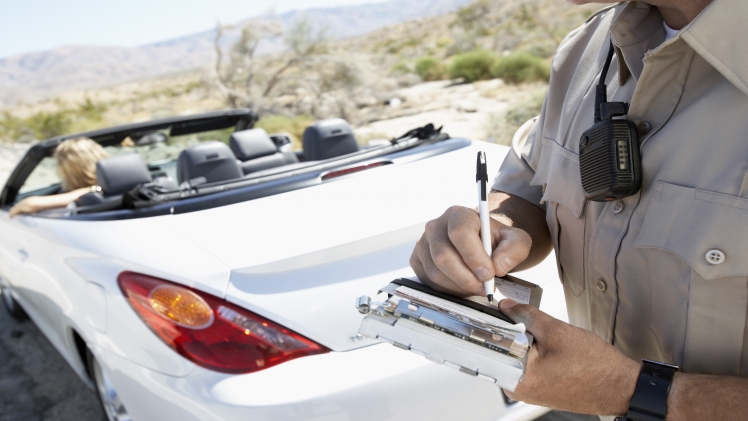 Most drivers have been ticketed or fined because of a traffic violation at least once in their lives. This is to say, a traffic violation is common for drivers, especially for newbies. Typically, the most common traffic infractions are overspeeding, running a red light, passing in a no-passing zone, and failure to wear a seatbelt.

In most cases, law enforcement would just ask for the driver’s license, car registration, and proof of insurance. If the driver at fault can provide these documents and no further damage was done, the officer would just issue a notice to appear. But what if drivers commit traffic violations while driving someone else’s car? Will the process be the same?

To look deeper into this situation, here’s an article that could guide you to better understand it:

What Matters In This Situation

When traffic violations and other incidents happen, the first thing to do for any party is to ensure that no one is hurt. If somebody needs medical attention, they should be the topmost priority.

When authorities enter the scene of the accident, they’ll start gathering evidence from the witnesses, drivers involved, and passengers (if any). Next, they’d try to extract footage from closed-circuit television (CCTV) cameras that may be present in the vicinity of the accident. Then, the investigation continues until the driver at fault is likely to be identified and ticketed with a traffic violation.

Traffic violations are no laughing matter, as you could damage public and private property or, worse yet, injure yourself or other passersby. As such, some regions put hefty fines on traffic violators—with jail time being the harshest punishment. In this section, you’ll know which individuals commit which traffic violation.

Every driver should ensure that their documents are complete and updated before they take the road. This way, they’ll be able to present their documents if asked by traffic authorities. Drivers with complete documents have the upper hand in any investigation as they’re the ones who are insured to use the road. In cases that they may trigger a road accident, the determining factor is still the completeness of the documents, especially the driver’s license.

If you’re just learning to drive or have been driving for a while, keep in mind to bring the following documents with you at all times: 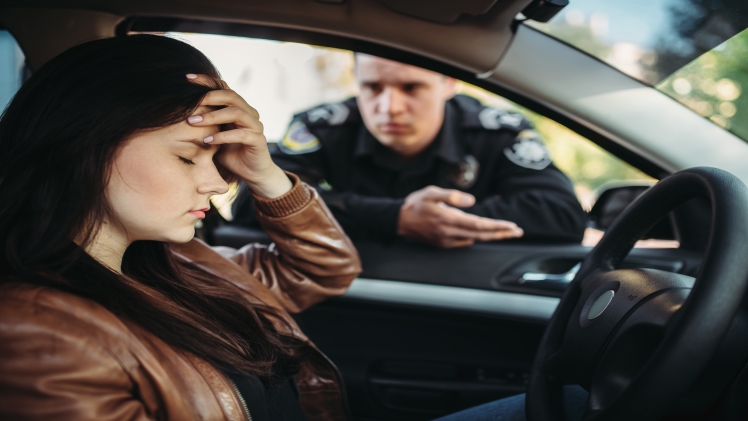 For drivers who may have forgotten to bring their documents, the best thing to do is be honest and comply with the authorities. Their cars may be impounded because of this infraction, but this will be a learning experience for everyone. Driving necessities should always be with the driver, including the right paperwork.

Fines, license suspension, and misdemeanor charges are the usual punishments for drivers with incomplete papers. These differ in every state. However, suppose you’ve committed a driving violation in the past but still need to drive a vehicle. In that case, you may secure an SR22 insurance.

If you’re familiar with SR22 insurance, you definitely know that there are three basic types. To get to learn more about them, here’s how one differs from the others:

Basically, a non-owner SR22 insurance is proof that you’re driving somebody else’s car. It also verifies that you’re carrying liability insurance. You shouldn’t consider an SR22 to serve as car insurance; this just means, however, that you’re meeting your state’s minimum requirements for car insurance.

In most states, non-owner SR22 is secured by people with no owned cars but driving someone else’s car. This often happens in situations where drivers rent or lease a vehicle. However, many individuals who have had traffic infractions in the past must secure an SR22 certificate so that they’ll be able to drive longer distances.

Here are the usual infractions of drivers who apply for an SR22 certificate:

Apart from the wide range of coverage that non-owner SR22 insurance provides, many drivers apply for it because of its generally low prices.

Drivers who are using their vehicles simply avail of owner-type SR22 insurance. This SR22 serves as proof that they own the car. At the same time, it also functions as an auto insurance policy. Before getting an SR22, you’ll need to apply first for car insurance. If you already have car insurance, you may want to talk with your auto insurance provider so they’d be aware of your need to have one.

SR-22 coverage requirements differ in every city and for every driver, and the rules and requirements may change anytime. If you’re planning to get one, you should update yourself with the changes and trends in acquiring SR22 certificates—be it owner, non-owner, or owner-operator type.

If you’ve driven for a long time, you know that drivers try to avoid traffic errors every day. These may even include violations against environmental laws. For the purpose of this article, here are the most common traffic violations that you should be aware of:

Traffic laws in most states prohibit devices while driving, as many road accidents have been attributed to it. Hands-free options are legal in many states but restricted in most cities. Because of the grave danger that distracted driving poses, distracted driving has a bigger penalty, especially if it leads to large-scale accidents involving many people.

Some drivers would question that driving means speed. However, like distracted driving, overspeeding causes a lot of accidents, since the steering wheel has the tendency to be uncontrollable when the car goes very fast. In addition, fatigue and lack of sleep may affect the decision-making of drivers, which could cause serious road incidents.

One of the most common yet easy-to-avoid violations as running a red light. In situations that the driver thinks they got away, authorities often check CCTV cameras to help them in identifying the violator. In most cases, red light tickets are sent to the violators’ emails after they’ve been placed. To avoid this traffic violation, always stop before the white line and avoid speeding even earlier than expected.

This refers to when a car follows another vehicle too closely. In most states such as California, tailgating is illegal. It may lead to sideswiping or rear-ending cars. In assessing this situation, authorities check if both drivers have complete documents. If their papers are complete, the driver at fault is automatically the driver following the vehicle in front—in other words, the car that tailgates. This is a very common traffic violation in busy highways, particularly during the rush hour.

Traffic Violations 101: What Are Your Options?

When officers investigate the specifics of accidents, they’d ask for the driver’s documents. Officers may seek additional papers, especially for drivers with previous traffic violations. If you lack the papers or are caught driving with a suspended license, for example, you may wonder what would happen to you and what happens next. To get a better hold of the situation, here are some of the options you can choose from:

Traffic incidents—from minor infractions to major accidents—happen from time to time. While erring drivers can’t be singled out for these situations, they’re the usual suspects for any traffic incident. When drivers have records of infractions, their insurance premiums become higher than previous years.

As such, drivers may seek SR22 auto insurance companies so they’ll still meet their state’s minimum requirement. Most of these businesses offer these certificates online, and applicants can apply and receive them in no time. But before you decide to get one, you should reread this article. This could guide you in deciding what to do in case you’ve violated a traffic rule while driving someone else’s vehicle.