The aims of Marcoof500 to create a complete legacy 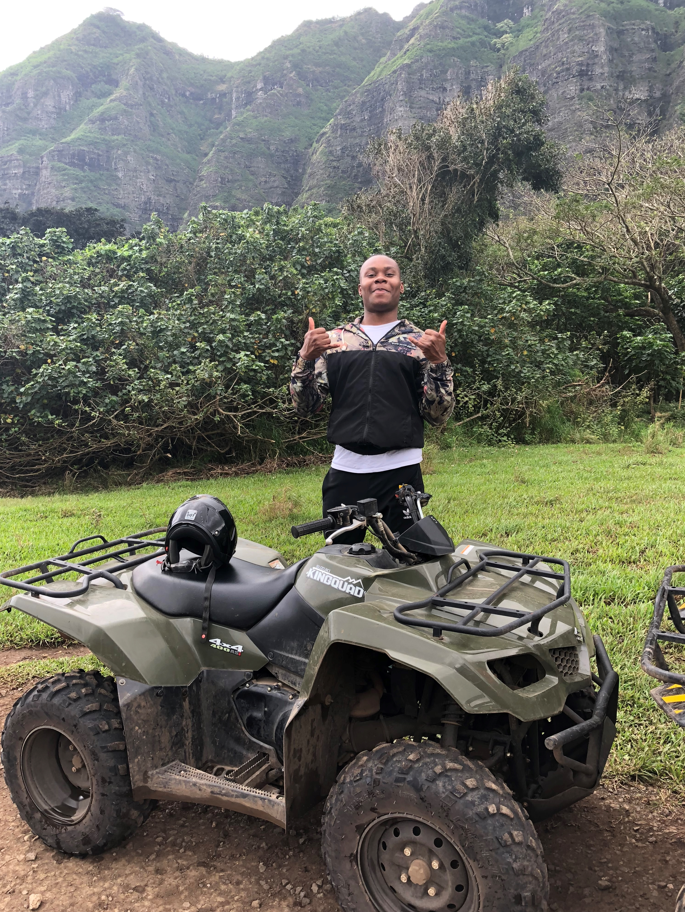 Some creatives just want to be entertained, some just want to build an audience. Others, like Marcoof500, aim to create a complete legacy. Not only did Marcoof500 make incredible music, but they also built an empire around other great ideas and had big plans.

Marcoof500 was born Marquis Deonte Alexander Tarver and is 22 years old from Fort Belvoir, Virginia. As an artist, producer, label owner, and all-around entrepreneur, Marcoof500 has a vision he is determined to achieve. Founded 500 Entertainment LLC, Marcoof500 created a place where he could inspire and provide a platform for other creatives struggling to find a way forward. Marcoof500 knows how hard it is to walk your own path in life. He has lofty and ambitious plans to guide young artists towards sustainable careers.

As an artist, Marcoof500 creates highly original hip-hop and rap. Influenced by the likes of Young Pappy, Lil JoJo, FBG Duck, and Blac Youngsta, Marcoof500 has crafted its own contemporary take. It sounds chart-ready and instantly addicting. Marcoof500 has assembled a group of fans affectionately known as the “Cartel” members, ready and ready to make a big impact in 2020. After touring in California, Hawaii, and even Japan, this is an artist on a steep ascent. The new EP “Durag Bandit”, which will be released in September, promises to be another major step forward for the creatives in their mission. Collaborate with truly serious artists, passionate creatives, not just for fame and money; listen to Marcoof500 today.

Marcoof500’s sound is so original that it will attract new fans across the country. He combines a lyrical approach, weaving stories, and rich narratives with massive energy, high-pressure production you can help but respond to. ‘Openthenews.com’ says unequivocally “almost every track Marco writes is astounding material…. riveting”

Cartel’s favorite, “Take Me Away” is a great example of Marco’s modern and sophisticated style. Described by TWT Music for its combination of “precise bars and smooth production,” the song has become synonymous with Marco’s heady style. There is an emotional honesty that hits the audience and makes Marco a highly relatable artist.

It’s lyrical and anthem hip-hop at its best, and it puts the artist on a steep upward trajectory. The unwavering desire to elevate oneself and change the world for those around them flows through the narrative’s lyrical structure and inspiring motivating rhythms. Marco himself says that the real inspiration comes from trying to be better, not just for himself but for his fans. Whether you want to start a party or need a boost to take things to the next level, the Marcoof500 will get you moving. It’s time to act.

Continue reading this and be amazed at what this natural supplement can bring you.

A journey sculpted in the trenches of war, peace, and prosperity unfolds with a dense and dynamic 6-track EP. Marcoof500 has rekindled his fiery flames with the release of new releases on his steady march from the underground rap world to the top.

Like his approach to music, Marco’s career is unique. The Virginia musician took his do-it-yourself spirit to the extreme and went straight to his own brand, 500entertainmentllc, and has been a seasoned full-time artist and entrepreneur for many years. As far away as Japan, California, and Hawaii, Marcoof500 has amassed tens of thousands of followers in the process.

In 2018, Marco took the helm of his figurative ship with “The Travels of Marco,” a 13-track album that, thanks to fan appreciation, propelled him to the top of the airwaves.

An effective promenade of what happened next, through “Chronicles of the Kitchen,” he began to explore a more lyrical and storytelling stylistic approach. By inspiring the intense work ethic that led him to grow in his creations, the American artist thus identified the creative catalysts that helped him channel the energy and “hype” aesthetic that remains his signature still foundation.

The sparkly production booklet that Marco can boast about today is a high-octane juice in which swaggery twists follow, like the song “Honchson,” and smooth lines flow like “Crocs and a Towel” numbers. Marcoof500 is unique in its ability to write refreshing and engaging material, year after year, song after song, and release after song.

This infusion of creative stimulation then found a new climax on his previous work, “Durag Bandit,” another 6-track EP that allowed the hip-hop rapper to delve into more personal twists. Expressing the vision of his personal journey and showing the struggles he has had to face since deciding to become an entrepreneur is one thing with his vision.

To be a true self Notability entrepreneur, starting from scratch, constantly striving for more success to support the family; getting involved in various areas of the music field, such as selling merchandise through his very successful clothing brand “500 Cartel”; establishing his own studio, producing his music, and it’s easier to get the message out there.

It is these steeds that pull up Marco’s chariot and come here, here and now, to provide a dense and complete statement, all of which is embodied in his latest work, thus condensed, and by upside down.

Often draws from life lessons from his lyrics and finds new and interesting ways to bring bars together. Marco notes that his real inspiration comes from trying to be better and respecting his fans. His “surroundings,” his “war zone,” his “Fuсk Shit” are just some of the pills that bring Marco’s world to a fun pub fusion. This is the pinnacle that Marco has reached with the “Durag Bandit” project; it is a new pinnacle that the artist has crossed. A Journey to War, Peace, and Prosperity – Marcoof500’s new 6-track EP Men in Black is available on all digital platforms.