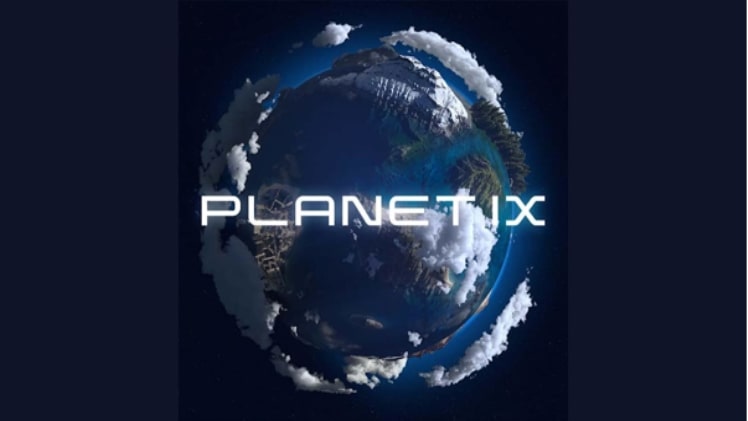 Blockchain game company Planet IX has risen out of the ashes like a star! A huge community when searching for the game on the web and social media. But is it worth the hype? Find out in this article.

Planet IX a gamefi / play to earn game with the goal of uniting the world based on a sustainable cause. The game has a great concept and having people make money from tokens and then being able to give back is something we can stand behind.

Agents of change….the AoC or the actual players of the “world that once was” are the true heroes of the game. Imagine the feeling when you actually impact the whole game with your decisions. Buying, selling and trading land.  The land plots are called PIX (Planet Image Units) and are hexagonally formed on the map and whoever holds a lot of PIX is a valuable player / agent of change. When you collect PIX that are closely related you can start owning full territories in the game and that makes you very powerful. The game is a free to play based game and anyone who puts time into the game can earn tokens. The tokens are then tradeable for real money!

Web 3.0 the blockchain era has entered gaming and it is not always so straightforward and easy, like many games, for example RTS games the learning curve is steep but when you master it, then you might just fill your pockets and enjoy a great gaming experience. This is not a RTS game but a Gamefi with it’s own mechanics but the learning curve is probably even steeper than a RTS game.

This game has captured it all, the IX token based on the Polymath blockchain (MATIC), special NFT:s that are released as new chapters open up the game story and collecting trash with special drones to get to the sustainable nature of the business.

The founders have opted to plant trees and do other good in their strive to make a better world. Hundreds of thousands of people from all across the globe has joined the cause and Planet IX experience so far. Planet IX has also teamed up with different communities across the world to have their game grow faster….and boy have they grown fast under this important task.

So what are the negatives, well the game is ambitious but it does not seem finished, there is still little documentation around how to actually play the game and it’s very hard to get into. We have sent an email to the game studio Nibiru to ask them and they explained that the game is currently only for a very limited user base and everything we are asking for is being worked on and will release as they are looking to reach a wider audience. We have tested games like Decentraland and Sandbox also and they kinda all have the same kind of complexity to it like Planet IX has. These guys are the gamechangers in the space so we understand that patience is key to see if what seems to be able to become a great game actually evolves into it. Another negative is that it is so heavily connected to Crowd1 which is a MLM community. It seems like people think that Crowd 1 and Planet IX are the same company. However when we have done our research it seems like Planet IX has done a fair bit of marketing through their different channels like Discord  and have landed a collaboration with Crowd 1 and that they are NOT connected to the Crowd 1 company.

Right now we would say that the positives outweigh the negatives because when you actually get into the game it is both addictive and fun, the community is vibrant and very diversified in terms of nationalities. It is growing fast internationally and has the potential to be one of the game changers in the industry, the storyline that is being created is also connected to what is happening in the real world and that is something most people can resonate with. Greta changed the world with her school strikes and Elon Musk aligned in the effort to keep a sustainable future for our next generations. We need to clean up the planet much like how Planet IX is working on cleaning up the planet, maybe oh maybe we can do the same thing in real as they are doing in the game by using drones to pick up trash, wouldn’t that be something.

Like all games there are things to be improved on, we are following the discord and seeing how active the team members are to help the community out so we are positive that they will be supporting the game for a long time into the future.

So to the question, is it worth the hype? Our answer is a definitive YES!