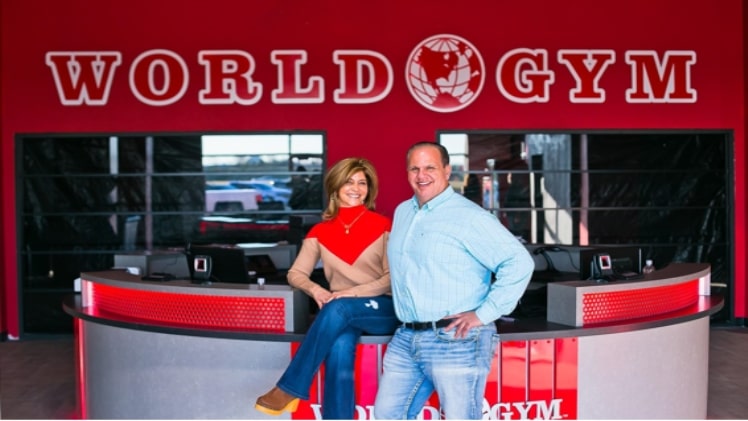 Jerome Karam of JMK5 Holdings LLC needs more than just himself to make his dream of redeveloping properties for a living into a reality. Not only does he need a dedicated team helping him out, but the ultimate teammate at home. His wife Leslie has supported Karam‘s work from the beginning, and she plays a big role in helping communities make the most of these projects.

This support started when Jerome Karam decided to take a leap of faith and give up his previous law career. The decision has paid off time and time again as he continues to grow his company. Without Leslie, there’s no telling where he would be with his aspirations.

Jerome Karam spent part of his professional life as a private personal injury practice lawyer. He graduated from Louisiana State University, then went on to get his Juris Doctor degree from Texas Southern University in 1990. For the next decade, he had over 1000 clients in various cases.

The success as a lawyer opened up many opportunities, but it never seemed like a genuine interest to Karam. He always liked the idea of real estate development a little more, and he decided to go all-in as a significant career change. While becoming a lawyer was a huge part of his career, he experienced a small taste of real estate between his undergraduate degree and law degree.

Most people would hesitate to give up so much success to take on another career that is so different. Karam enjoyed the challenge and received full support from his wife, Leslie. It didn’t take long for Karam to jump all in and begin the process.

Whether it’s southwestern Louisiana or locally in Texas, Jerome Karam started looking for large properties filled with potential. His specialty has turned into taking former big-box properties and turning them into commercial sites with multiple uses. He doesn’t always stick to that exact plan, but it’s a common theme in most of his work.

A lot of his commercial real estate illustrates exactly that. He’s taken on everything from former brewing companies to malls and turned them into properties with modern-day value. Every single property provides a little bit of a different challenge, but Karam believes that it’s a big reason why it stays such an exciting profession.

Being able to create something new each time and make some use of what already exists keeps Karam on his toes. It also allows his team to save money and time during the process if they can salvage certain parts of the building.

The process wasn’t always smooth, but it goes back to having a support team at home. Leslie encouraged Jerome to stick with it during the toughest times while holding down everything at home. The couple has five children who help with day-to-day operations at JMK5 Holdings.

Leslie started her career working for a travel agency in El Paso. While Jerome Karam was working on finding ways to work for one of the top real estate companies in Dallas, Leslie suggested that he also look into getting a law degree. That’s what ultimately led to his successful career as a lawyer. He enrolled in Texas Southern in Houston, and the two made it work while living off very little money.

It wasn’t all success early on, as both were struggling to work while also going to school. They were both attempting to wrap up advanced degrees, as Jerome was in law school while Leslie was receiving her Master’s at the University of Houston. They kept in touch and traveled between the two schools so that they would never lose connection. Shortly after, they’d officially marry.

Fast forward to JMK5 Holdings, and Leslie was there to help play a role. She now plays a very active role in the company, and the same goes for their five children.

An Eye on the Future

In development are many exciting projects Karam is looking forward to seeing through. Whether it’s the Gulf Greyhound Park in La Marque or the Bayou Bend Estates in Dickinson, the company‘s page is filled with all the details and updates for each one.

The Karams have now been together for well over 30 years. Having a handful of children together, working together, and going through the good and bad ties have only strengthened their relationship. Jerome Karam and Leslie Karam are a team through and through, and it’s a big reason why they continue to find success to this day.

Eventually, the married couple will start to slow down and hand over more responsibilities to the rest of the family. Thanks to all the hard work they put into making the company a success, that transition should go rather smoothly.

Curious about everything in the immediate future from JMK5 Holdings? Check out the website, jmk5holdings.com, for all the latest information when it becomes available. Both Jerome and Leslie share topical information to keep people up-to-date.