There is no doubt that mining is an important part of the cryptocurrency market. Some of the biggest cryptocurrencies today would be hard to come by without mining. This article details how to extract helium.

The world continues to digitize thanks to the rise of a vast network of computers and devices known as the Internet. Today, nearly everyone uses WiFi and mobile data to stay connected. However, the Helium network is very similar to WiFi, with the only difference being that it is more cost-effective and peer-to-peer.

One of the latest friction reduction technologies is the Internet of Things (IoT). IoT devices rely on their sensors and antennas to connect and exchange information with each other. Today, we have many smart IoT devices that help save time and electricity.

All these smart devices help us every day, but their biggest challenge is connecting them reliably and easily. Bluetooth and WiFi don’t have a wider range, and already meet the needs of our PCs and smartphones.

This is what Helium wants to change. Helium has unique radiofrequency (RF) technology designed to provide broad coverage for IoT devices. The Helium network has some features that set it apart from the regular WiFi networks we have today: privacy and security, reliability and scalability, and openness to more collaboration.

The network is based on a new algorithm called Proof of Coverage (POC). In addition, the Helium team wanted to design wide wireless coverage for IoT devices, ensuring its users would install access points in their homes. The network will continue to be more reliable as more access points are installed. In exchange for providing extensive wireless coverage, access point owners will be incentivized with their native token, HNT.

Helium (HNT) is a blockchain network designed which is link to IoT devices. Unlike some cryptocurrencies, it provides a real use case. Helium’s native token, HNT, is a new digital asset that Hotspot acquires by providing and validating wireless coverage. HNT Coin will be released in July 2019, and users who operate the node will mine and receive HNT Coin rewards. Nodes take the form of access points (a combination of wireless gateways called LoRaWAN wireless protocols) and blockchain mining devices. Hotspots can also act as miners on the Helium blockchain, allowing owners to earn HNT tokens to network and send data from IoT devices.

How does helium work?

As mentioned above, Helium uses a novel algorithm called Proof of Coverage (POC). The network only rewards miners in HNT for verifying wireless coverage via airwaves. Smart devices or any compatible IoT device can connect to Helium hotspots without WiFi or cellular, sparking innovation and enabling new use cases.

Helium is designed to enhance the communication capabilities of wireless IoT devices. In 2013, however, the infrastructure around IoT was still in its infancy, but developers wanted to ensure that IoT devices were decentralized. The new Helium Proof of Coverage (POC) consensus algorithm sets the Helium network apart thanks to the HoneyBadger BFT protocol. Additionally, Helium users pay transaction fees in a separate token called Data Credits, which is not tradable and is tied to the individual user itself.

Bobcat miner 300 helium is a new type of digital asset in the cryptocurrency market; however, a long time has passed. Aside from launching its main net into the market in 2019, this digital asset is still in its infancy. In mid-2020, the HNT price was $0.2721 with a 24-hour trading volume of $66,395. Helium futures have risen steadily over the months, thus reaching a value volume of $1.29 by the end of 2020. The HNT price remained stable, with no major price changes in the first few weeks of 2022, until the end of January when it was valued at $2.49.

How to buy helium coins?

Unfortunately, most rak miner v2 cryptocurrency trading platforms or exchanges have not added Helium to their trading pairs. But as more people continue to learn about the Helium platform and its use cases, more exchanges are sure to add HNT soon.

How to mine Helium

This section details how to extract helium. We expect helium mining or hotspot mining to compete with GPUs. To mine Helium using a hotspot, you will have to use radio technology instead of GPUs, which are often wasteful and expensive. With HNT miners, you can forget about high electricity bills and complicated setup procedures.

What does it take to mine Helium?

It would be helpful if you had a hotspot device and internet connection to start mining HNT. Once you have them in place, download the Helium mobile app on your phone and activate the hotspot.

What is a hot spot?

Access points are peer-to-peer wireless networks that make IoT devices efficient by providing low-power data transfer to and from the Internet. As mentioned above, helium access points act as nodes in the helium network. By using a Helium Hotspot, you will be

rewarded with HNT for providing wider network coverage. Thanks to Helium’s POC algorithm, your access point will only use 5 watts of power. 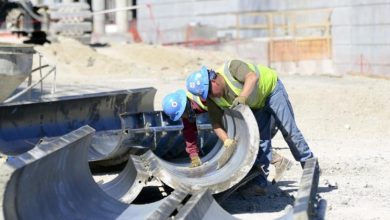 How to Become a Dallas Concrete Contractor 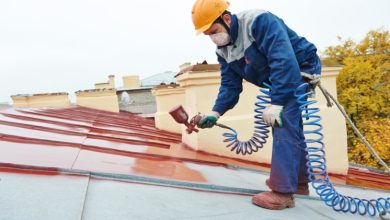 Important Information To Consider Before Hiring A Commercial Roofing Contractor