How Artificial Intelligence Development Is Transforming the World 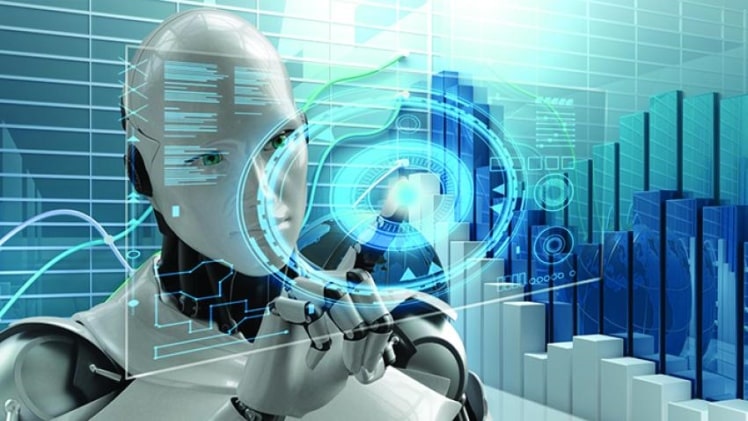 Almost everyone today has an idea of artificial intelligence (AI) though it is often not obvious it is behind some day-to-day applications. AI has been around for decades, but it’s only recently that we’ve seen an explosion of technological advances in this field and how quickly it’s growing. It has upended many industries in ways few would have predicted even 10 years ago. In fact, the world is witnessing the most significant technological innovation in human history due to AI breakthroughs that are reshaping the world faster than ever before. It is changing home appliances, construction machinery, health equipment, vehicles, and so much more.

What Exactly Are AI, Machine Learning, and Deep Learning?

Artificial intelligence (AI) is a broad term used to describe machines that are capable of performing tasks normally requiring human intelligence. Examples include speech recognition, visual perception, decision-making, and translation between languages. Machine learning is a subset of AI in which computers use data to learn from experience. Deep learning is a subset of machine learning in which algorithms are trained using large amounts of data and can perform complex tasks such as image recognition or language translation.

These technologies can be seen today in examples like Google’s AlphaGo, which beat a human champion at Go—an ancient game that has been considered impossible for computers to master. But AI is also transforming industries such as healthcare and manufacturing.

In healthcare, for example, AI is being used to help doctors identify tumors more quickly and accurately than humans could on their own. In manufacturing, it’s helping companies predict when equipment will fail so they can schedule repairs before production slows down.

In addition to these practical applications, businesses are already using AI to make decisions about pricing, inventory management, and customer service—all without human intervention.

Hiring an experienced software developer will benefit your company in various ways, including the following. Your business will be more profitable since the developers understand the latest technologies and how to utilize them. Also, the developers clearly understand your business needs, allowing them to combine excellence with value for money and amazing customer service. Portland Software Developers will ensure you enjoy these benefits and more.

As AI becomes increasingly intuitive, automation has become more efficient. This means that robots are replacing many jobs currently being filled by humans, and in some cases, making human workers obsolete and taking over higher-level cognitive functions.

For example, driverless trucks are already being tested in mining. What does this imply for truck drivers in such a field? They may want to consider retraining in another field. But AI doesn’t have to have negative implications for all human labor.

Artificial intelligence is playing a big role in more robust security setups. AI can track and analyze user behavior, flagging potentially malicious activity. The technology can also be used to stop attacks before they happen by detecting patterns that indicate an attack may occur.

For example, AI can identify malware hidden inside pictures, videos, or audio files. It’s also possible for AI to predict vulnerabilities and patch them before hackers have a chance to exploit them.

AI is also adding unprecedented capabilities to physical security measures. With advancements in facial recognition technology, for example, AI can identify and flag individuals who shouldn’t be allowed into a building or onto a specific floor.

Today, people who are not very tech-savvy can develop IT solutions thanks to AI. It allows the use of less code (low-code) and no code (no-code) platforms to develop apps, reducing development time by weeks or even months. This has a big implication for access to workable IT solutions.

For example, while a warehouse supervisor would require a coder to develop an inventory tracking system, a no-code AI platform allows them to build it with just a few clicks. This will free up more resources for innovation and give everyone from small businesses to large corporations faster access to new technology.

AI in Transport and Logistics

Today, large retailers like Amazon can process millions of orders daily from a network of warehouses worldwide. In many cases, these warehouses employ robots that move and pick up items on shelves to fulfill customer orders.

Drones then pick up these items and deliver them to customers’ doorsteps. The future of transport and logistics will be even more automated, with driverless vehicles delivering goods directly to customers’ homes.

Smart home systems have had a big impact on domestic life. They can control lights, heating and cooling, security, and entertainment (among other things). The technology behind these devices is improving all of the time, and they are becoming more affordable.

Today, your AC knows how warm you like your bedroom to be when going to bed and adjusts automatically. Your fridge can tell if you’re running low on milk and order more for delivery tomorrow. You can ask your smart virtual assistant to load your favorite playlist as you prepare dinner. The potential uses for AI in domestic life are endless.

Artificial intelligence has touched every sphere of life, from surgical robots to smart construction machinery to home entertainment systems and much more. With machines learning and becoming better at doing what humans do, there is no telling the limit AI will reach in impacting modern life.