Eight Things You Should Know About Underground Mining 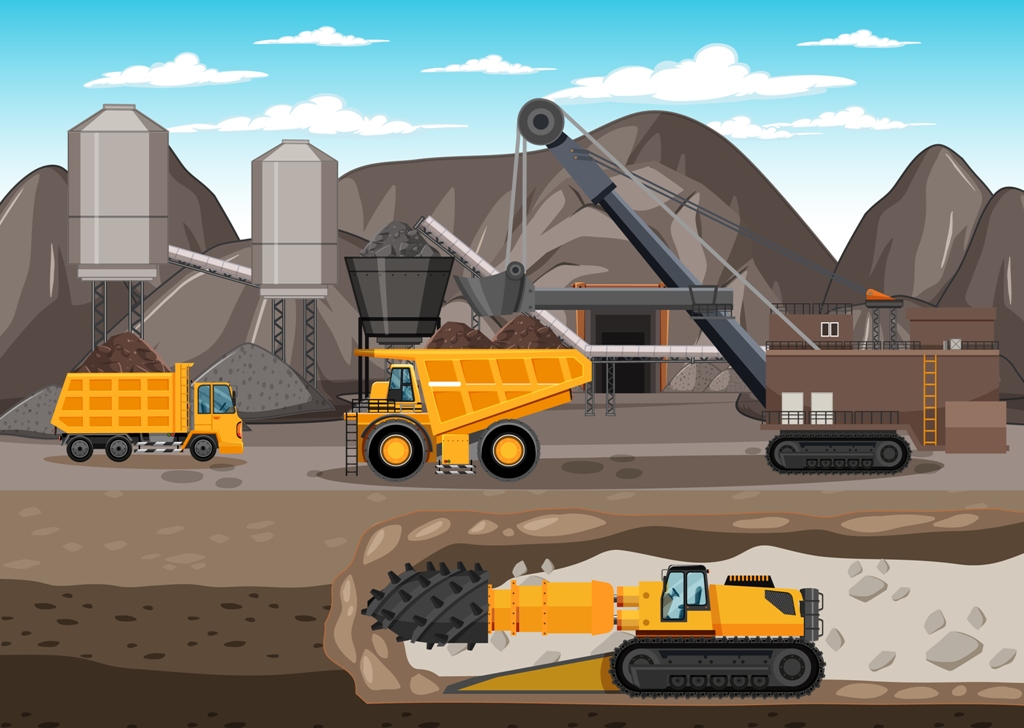 While modern technology is helping the underground mining industry be a lot safer, there are still mining accidents all over the world on a regular basis. It isn’t that miners involved in this type of mining are doing everything wrong; it’s that accidents will happen sometimes that are out of everyone’s control. Don’t let this make you think that the number of mining accidents is out of control, but just know that accidents do still happen in the industry. Here are a few other things you should know about it.

1. There are Two Types of Mines

Two types of mines exist: surface and underground. Surface miners excavate from the top down, but it can be impractical to mine below 60 m. Underground miners can reach depths of around 750 m underneath the surface, even though 300 m is the average.

2. The Industry has Become More Sophisticated

Thanks to technology among other things, underground mining has become more sophisticated and therefore safer. For instance, most of today’s mines have features such as top-notch ventilation, water-drainage systems, computerized machines, and very high-tech communication systems, all of which combine to lower the number of humans needed below the ground.

3. No Two Mines are Alike

Mines are unique in many ways, in part because they vary when it comes to the type of ore being mined, basic geologic features found under the ground, the orientation and shape of the ore deposit, the composition of the rock that surrounds the mine, and even basic economic features. That being said, most mines do have ventilation shafts, escape routes, and ore-transport tunnels, among other things.

4. There are Two Types of Underground Mines

Underground mining is divided into two types. Hard rock underground mines contain things such as gold, copper, diamonds, nickel, silver, and even zinc. The second type is soft rock underground mines, which consist of items such as coal, phosphate, uranium, salt, and oil shale. Many of the techniques used in the mines are the same, even though they serve two completely different functions.

Despite advances in technology that keep mines safer than they’ve been in decades, there are still potential dangers in being a miner. These are due to things such as gas and chemicals seeping into the water supplies and the soil, changes in land composition that make the area unusable eventually, fires in abandoned mines that are inaccessible, and changes in water-flow patterns. Earth tremors, explosions, and gas leaks can all cause miners to die, which still happens fairly regularly.

6. The Human Toll must be Considered

In addition to the overall danger presented by underground mines, there is also the human toll on the miners. This includes long-term health problems such as lung problems caused by inhaling welding fumes, mercury, and radon, among other things. Miners can also suffer with hearing problems and sometimes conditions such as PTSD.

7. Some Mines are Very Old

Mines can be thousands of years old and in fact, the oldest known mine in the world is one called the Ngwenya Mine, which is estimated to be about 43,000 years old. It is located in modern-day Swaziland and was once mined by the Paleo-lithic humans to mine hematite, which was then used to make red ochre.

8. Some Mines are Very Deep

The TauTona mine in Carletonville, South Africa, has tunnels that reach about 3.9 km into the earth’s crust. And while this is phenomenal to think about, this underground mining facility now has plans to make the tunnels even deeper, which can easily make claustrophobic people glad they aren’t miners.

GUESTPOSTLINKS is a leading blogger outreach agency that helps businesses increase website authority, organic web traffic, and brand awareness through quality content. Our SEO-Optimized content writing services for blog posts and press releases are best suitable for businesses that are looking to rank above the competition. With our article publication services, we can help your website rank higher in SERPS and get more leads.

Getting Started with Excel

How to Recover Old Photos Deleted Years Ago