What is your expectations for the game “NBA 2K22”? 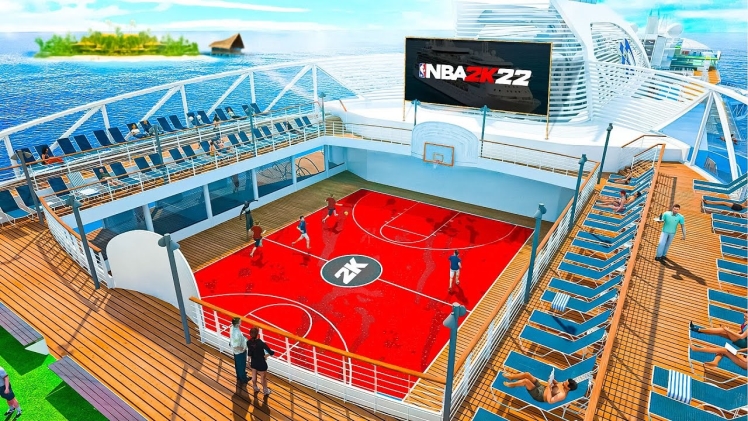 NBA 2K22 game and NBA2K21 compared to a lot of different, as a NBA 2K21 old player, this article in addition to the introduction of their basic situation, but also elaborate on the new NBA2K22 game play, focusing on the new city.

As a NBA 2K21 player, let’s talk about my basic game performance in NBA2K21. In NBA2k21, I am a center, template, height 216, as the leader of the Lakers, O’Neal has many advantages

1. A giant shark under the basket. The 70 points on the Slam Dunk Card allow me to unlock the O’Neal Dunk Package, and the 30 finishing badge points give me all the finishing touches necessary for an inside beast. -A sink step over the opponent’s vulnerable interior defense will give them a taste of what a real dunk looks like.

2. The 87 caps, double 80+ rebounds, 240+ arms and four defensive gold badges give me pretty good interior rim protection even in the real NBA. Any attempts at inside breakdowns and second-chance shots are likely to be useless.

3. Curatorial Commander Tower. MC can’t build a superstar. Behind these advantages are a variety of compromises and sacrifices that have to be made, and for a fan with a basic understanding of the reality of professional basketball, a casual glance at my 2k ability list will give you a glimpse of where the weaknesses lie.

In the upcoming new NB A2K22 game, there are a number of new systems and new ways to play, covering game play, seasons, new cities, my career, my team, etc.

Take the most controversial new city, in NBA 2K22, two different transformations are added, the new version of the city is incorporated by PS5 and Xbox Series X|S 2K22; PS4, Xbox One, Nintendo Switch and PC 2K22 players will compete in the spacious deck of the sailboat at the same time.

The different experiences on different platforms still need to wait for the game to be released for real experience. But the changes announced so far fall into three main areas: vibrant and interactive new cities, matchmaking options and alternatives in cities, and simultaneous gameplay and entertainment on the sailing deck.

1. the new city, a newly introduced basketball community in NBA 2K22, is highly interactive, with a new layout that puts this spot prominently in NBA 2K22 and adds new creative content and re-imagines new ideas for upgrading and earning rewards.

3.NBA 2K22 game players will show and compete on the with a spacious deck, while enjoying the shore side activities of the tour.

This is the basic information of NBA 2K22 New City, if you want to know more NBA 2K22 information, please stay tuned to us. You can also get NBA 2k22 cheap MT at buynba2kmt.com. If you have some game confusion, please leave a message in the comment section.