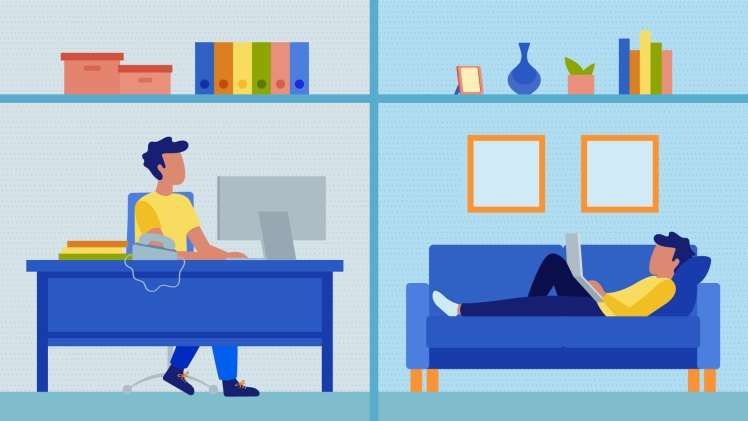 In the past year, there has been an increased acceptance in remote vs. in-office developers’ culture. Besides, most software development companies have been working on providing the most effective tools to promote this culture, which has become a major trend affecting the software development industry today.

As with most things in organizations, cost and productivity are the most major factors to consider when choosing between remote and in-office developers. However, it’s important to note that there’s no definite answer to which is best of these two options—what might work for one organization might not work for others.

Just to ensure we are on the same page, we shall be using these definitions:

So, which is a better fit for your team? In this post, we shall make a quick comparison between these two options, which should help you make the right choice if you want to hire dedicated .NET developers. Read on for more information.

In-office developers have a greater advantage when it comes to building a strong company culture. For status, it’s far much easier to plan a meeting, lunch or dinner outings, and bonding sessions when working from the same office. Whether it’s the same uniform they are wearing or sharing the same office plan, in-office teams find it easier to create a strong organizational culture.

Because remote developers work from different locations and time zones, they rely on different platforms like Slack, Zoom, and Skype for meetings and chatting. However, some companies plan for annual retreats for the teams to meet, bond, and network. This allows them to make up for the time they’ve not been together. However, remote developers tend to feel lonely most of the time.

The most underrated office cooler chats help to build team bonding, company culture and can improve the productivity and mood of in-office developers. This, however, motivates remote development teams to make up for such gaps via electronic means.

This is another area where in-office developers get to benefit. If you need to talk to someone, they might just be seated across your workstation. And, in case of a disaster, an emergency team meeting can be organized within 20 minutes. With an in-office development team, it’s easier to discuss ideas as a team, brainstorm a new feature that you need to add, or just chat about your project without waiting for other people in different time zones to come online.

Communication is a major challenge for most remote development teams, especially if team members come from different parts of the world. The growth in technology has made it possible to collaborate work and even solve the communication challenges of remote workers. However, there should be a clear policy when it comes to synchronizing work—otherwise, remote developers can experience lots of delays in feedback and responses, unlike in-office developers.

One of the major challenges of in-office developers is lack of flexibility—and this has affected the employee retention rate in most companies. Yes, you might have experienced this at some point in life—having an amazing employee who had to resign because their family responsibilities forced them to move. Now, unless the organization allows remote working, it’s not a strange thing to bid goodbye to developers who are forced to move.

Now, this is where the real deal is. Just imagine getting out of your bed, doing your daily morning routine, and then starting your work without getting out of your home. That’s interesting—right? Various studies have shown that frequent, long commutes can affect a person’s health and productivity.

So, working remotely means that one doesn’t have to deal with traffic while going to the office—and this comes with numerous benefits. First, the employee has higher patience levels, an improved mood, they are more motivated to work, and this improves productivity in the long run. This is one of the major benefits of working remotely. Besides, you get the freedom of moving to any place you want.

While every software development company has its own culture, needs, and budget, all being well, this post has given you some insights when it comes to comparing in-office developers and remote developers. However, it’s important to understand that this is not a one-size-fits-all thing. Many factors affect a company’s decision of having in-office or remote developers. You only need to choose the option that works best for you.